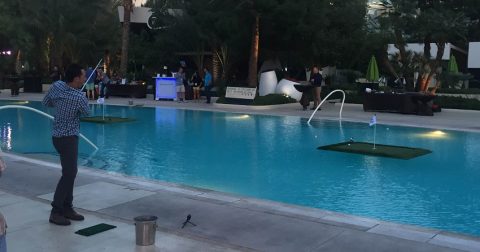 Las Vegas, Nev. (April 23, 2016)–Golf Digest Think Young Play Hard Invitational brings the world to Las Vegas for a few days of VIP golf and Vegas vibe on and off the course. The event kicked off this week with a pool side bash at ARIA before golf at Royal Links Golf Club and Bali Hai Golf Club. The pool side bash featured a DJ, the Miller Lite lounge, splash golf in the pool and more.

Golf Digest cover girl Paige Spiranac made an appearance during the event as well. Spiranac is a social media phenomenon and sponsored by Callaway Golf. It was perfect timing for her to appear at the Golf Digest event as she was the featured model on a cover dedicated to the future of the game. Some have criticized the choice of Golf Digest editors to use Spiranac instead of some of the top LPGA Tour talent.

A blog called Golfhacker, and others, jumped to the defense of Spiranac and tried to quell the haters:

“Appearing on the cover of Golf Digest is quite possibly the pinnacle for a lot of golfers out there. Spiranac has made it onto the cover of May’s issue. The editorial decision to do this has done exactly what was intended. It’s got people talking. Correct me if I’m wrong but isn’t the whole point?

“In a game that is facing serious challenges in terms of player participation and interest, the need for individuals like Paige Spiranac has never been greater. Some will automatically think back to her invite and eventual cut in Dubai last year. Back then, Golfhacker defended her and we will continue to do so.”

The Vegas Golf Digest Think Young Play Hard tournament was played for the second year and featured several cool sponsors, including the always fun and intriguing Golf Board. Golfers at the event could “surf the earth” on the boards, created in part by surfing legend Laird Hamilton.

Royal Links Golf Club was played and was created to honor the history of the game. Each hole at Royal Links is a replica of a hole played during The Open Championship. Holes from St. Andrews, Royal Troon, Carnoustie and other courses are experienced during a round at Royal.

Bali Hai Golf Club is a tropical golf experience located in the heart of the Las Vegas Strip. Hundreds of palm trees, beautiful lagoon water features and stunning clubhouse accent a round at Bali Hai. 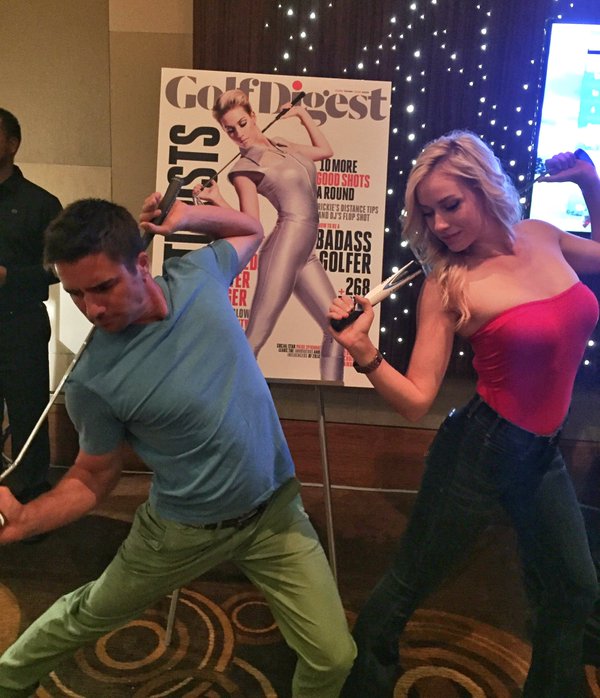