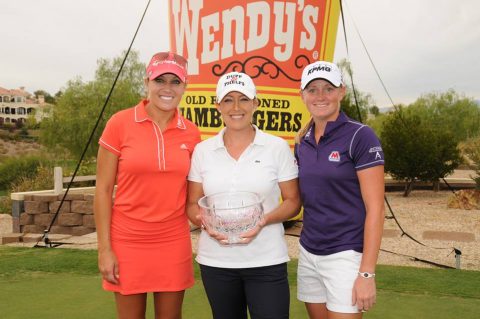 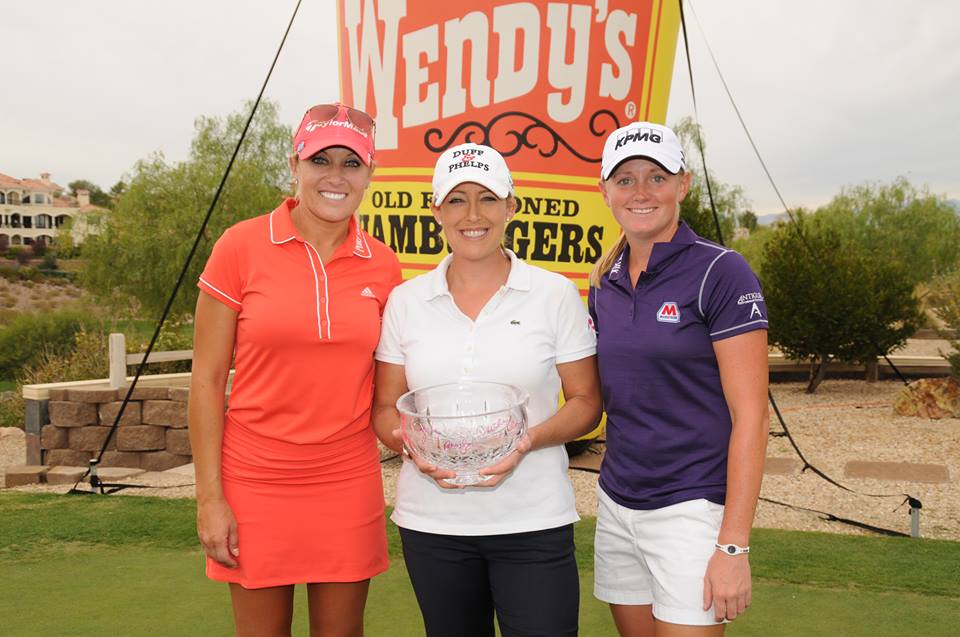 Las Vegas, Nevada (November 13, 2013)–Rio Secco Golf Club played host to the annual Wendy's 3-Tour Challenge for the sixth-straight time in 2013, and Las Vegas Golf Region resident Natalie Gulbis represented the LPGA Tour for the 8th-straight time. Gulbis, who played with Cristie Kerr and Stacy Lewis, was a part winning team for the third time. It was sixth overall for the LPGA Tour. The event pits three-golfer teams from the LPGA Tour, Champions Tour, and PGA Tour against each other with pride and cash on the line plus a lot of money is annually raised for the Dave Thomas Foundation for Adoption. Check out more from the official Facebook page of the Wendy's 3-Tour Challenge. –By Brian Hurlburt, Like on Facebook.

The PGA Tour team was Jason Day, Boo Weekley, and Billy Horschel while the Champions Tour team was made up of Bernhard Langer, Kenny Perry, and Fred Funk. The LPGA Tour team posted a total of 17-under par to win. The event raised more than $4 million for the cause, bringing the total to $50 million over the last 22 years. This could be the final year of the event according to officials.

Gulbis lives in Las Vegas and works with Butch Harmon, who operates his school at Rio Secco Golf Club, giving Gulbis a distinct home-course advantage. She often plays and practices on the course and recently tweeted photos of a practice session at the course that lasted until after dark.

The professional competition–the LPGA Tour earned $500,000 for the win–culminated a week's worth of activities which included pro-ams and other events for sponsors and players. The Wendy's 3-Tour Challenge has been played in Las Vegas since 1996 when it moved to Lake Las Vegas Resort from Muirfield. Over the years it was played at SouthShore and Reflection Bay at Lake Las Vegas in addition to DragonRidge Country Club prior to finding a lasting home at Rio Secco.

Rio Secco Golf Club is a resort course owned and operated by Caesars Entertainment. The sister course of Rio Secco is Cascata. Both are Rees Jones designed courses. Click now for the official Cascata website. Rio Secco is also home to the world famous T-Mates female caddies in addition to the Million Dollar Hole.