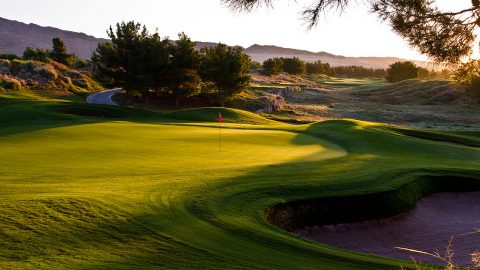 Las Vegas, Nevada (Oct. 25, 2015)–There probably isn’t a better golf city in the world than Las Vegas for a buddies golf trip. Walters Golf, operator of both Bali Hai Golf Club and Royal Links Golf Club, is offering its Just Fore Buddies Las Vegas golf packages for as low as $500. This Vegas golf vacation includes two rounds of golf, two nights at the MGM Grand, and limo and to and from the courses. Just call Walters Golf operators at 888.427.6678 and mention the Just Fore Buddies trip and Las Vegas Golf Insider. For more info, click now to the official Walters Golf Las Vegas golf website. –By Brian Hurlburt

About Bali Hai Golf Club: “The par 71 course measures 7,002 yards from the tips and affords spectacular views of the Las Vegas Strip’s mega-resorts from the fairways. Bali Hai’s unique layout includes teasers like #16, a par 3 island green that frequently comes with an audience from the Cili Restaurant patio, as well as #3, a 468 yard par 4 with a creek running the entire right side, balanced with a bunker on the left. Play #3 and find out why it’s called ‘Shipwreck!’ Drama and thrills only continue to build as the player progresses through the layout, an ‘in like a lamb, out like a lion’ approach to golf course design.”

About Royal Links Golf Club: “This Links style course faithfully recreates holes inspired by the British Open rotation golf courses such as The Road Hole and Hell Bunker from the old course at St. Andrews and The Postage Stamp from Royal Troon. Other legendary golf courses in the loop include Carnoustie, Turnberry, Royal Liverpool, Prestwick, Royal Lytham, Muirfield and Royal Birkdale. Forecaddies and Walking Caddies are available and recommended to truly enhance the Scottish experience. They are familiar with the course and help with club selection, yardage to the green and other traditional services, but they are also extremely knowledgeable about the history of each hole. Monuments were erected at various points throughout the course indicating spots where great moments in British Open history took place. A Champions Wall is erected near the practice green honoring American champions of the British Open.”

So, get your foursome together and take advantage of these special Las Vegas golf packages now.