Las Vegas, Nev. (Dec. 3, 2015)—It’s one of those phrases that’s been uttered thousands, if not millions, of times: Let’s go to Vegas. And with those words, Vic Wilk started a Vegas golf journey that has evolved into what he calls a picture-perfect life. That life has included more amateur titles than he can count, a professional victory on the Nike Tour (now the Web.com Tour) as well as his latest venture: an instructor at the Butch Harmon School of Golf where he lends a helping hand to professional players as well as those just getting started in the sport, and players
Read More

Las Vegas, Nevada (September 3, 2015)–Longtime Class A PGA of America teaching professional Greg Wickensimer casually mentions during a conversation that he grew up with the Nicklaus boys then he quickly moves on to another subject, leaving the golf writer taking notes a bit stunned at the nonchalance of the comment. Wickensimer, the teaching professional at Eagle Crest Golf Club, grew up in the Columbus, Ohio, playing against–and with–Jack Nicklaus, Jr, and Gary Nicklaus, the sons of the legendary Golden Bear, Jack. Several decades later, those memories and a love of the game continue to keep Wickensimer motivated and actively
Read More

Las Vegas, Nevada (August 3, 2015)–We knew the legend of Vegas Golfer Inbee Park long ago, way before she took the golfing world by storm and won seven majors including what many are calling the career Grand Slam. We got a kick out of reading this article published in VegasGolfer Magazine in 2003. It gives a nice look into the building of the LPGA Tour’s best player, and the influence of Las Vegas in her development. So here you go, a look back as it ran in 2o03. And, oh yeah, congrats to Inbee Park on her spectacular play and
Read More

Las Vegas, Nevada (July 17, 2015)–Say the name Shane Sanchez among a group of longtime Las Vegas golfers and the chances are that most will know him and have good things to say about the head professional and tournament director at Palm Valley Golf Club. Palm Valley is a part of the Golf Summerlin Las Vegas golf trifecta and Sanchez, a member of the PGA of America, came to Las Vegas when he was named the assistant golf pro at Palm Valley in 1990. He went on to serve as head professional at the course from 1995-98. His Vegas golf career
Read More

Las Vegas, Nevada (July 11, 2015)–Craig Barlow, who played the PGA TOUR for several years and currently plays on the Web.com Tour, is a true Las Vegas local, and is organizing the inaugural Craig Barlow Charity Classic slated for the prestigious Cascata, a luscious Rees Jones design. The first event will benefit Barlow’s stepson, who was recently diagnosed with cancer. Barlow is a member of the Las Vegas Golf Hall of Fame and a former Southern Nevada Golf Association Player of the Year. Teams of four players are $1,200 or individuals are $300. To reserve your team or more info
Read More 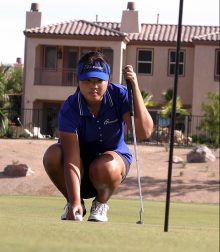 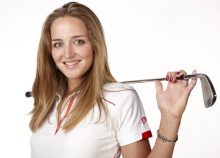 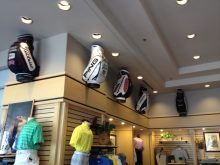 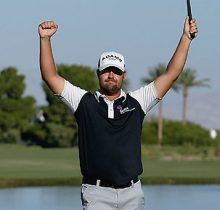 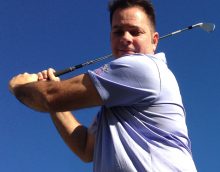 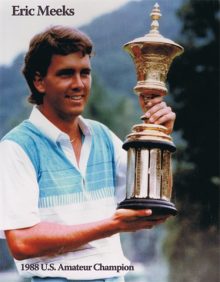