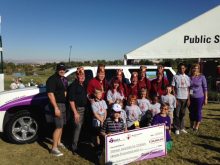 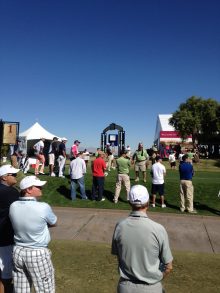 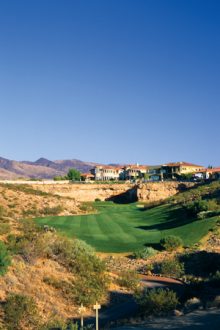 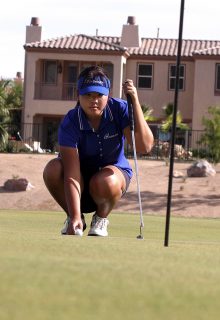 Las Vegas, Nevada (August 1, 2013)–Inbee Park won two Nevada State High School golf titles while playing at Bishop Gorman High School in Las Vegas. She also finished in the top 10 of Las Vegas' LPGA Tour event at the time, the Takefuji Classic, a couple times as a young amateur. Now she looks to re-write the history books at the 2013 Ricoh Women's Birtish Open where she is looking to become the first golfer–male or female–to win four professional majors in a year. After round one, Park was in with a 3-under par 69 and well on her way
Read More

Las Vegas, Nevada (July 22, 2013)–Butch Harmon called Phil Mickelson's final round of 66 at Muirfield to win The Open Championship the best he's ever seen. And Harmon, who operates the Butch Harmon School of Golf at Las Vegas' Rio Secco Golf Club, should know. He has watched first-hand as Greg Norman, Tiger Woods, and Stewart Cink won the prestigious tournament while they were working with him. Mickelson is the fourth player that Harmon has helped win the Claret Jug. "I think this one tops it," Harmon told the BBC about Phil the Thrill's round being more impressive than Norman's
Read More

Las Vegas, Nevada (July 16, 2013)–Anthony Bennett, who played basketball at UNLV as a freshman, was recently the first pick in the NBA draft. If the PGA Tour had a draft, Adam Scott would have probably been the first pick in 1999 after playing for a year at UNLV. Flash forward to this year and Scott, the former Las Vegas golfer, is a mulitple PGA Tour champion and winner of the 2013 Masters. This week he makes the trip to The Open Championship with his famous Green Jacket that he earned with his Masters title. "I still don’t go more
Read More

Las Vegas, Nevada (July 13, 2013)–Twitter is a beautiful thing. It allows people a chance to capture the emotions of a particular moment of an athlete, good or bad. Such was the case with a tweet from Las Vegas Champions PGA Tour pro John Riegger after a roller coaster round of 69 during the second round of the U.S. Senior Open in Omaha. "What a day today only can happen at an open championship," tweeted Riegger from his @teamriegger Twitter feed a little while after posting nine-hole scores of 30-39 en route to the 69. The sense of exasperation with
Read More

Las Vegas, Nevada (July 1, 2013)–It's fitting that the hottest golfer on the planet in 2013 laid the roots of her game in one of the hottest places on earth, Las Vegas. While record temps are hitting the city that glitters, Inbee Park has been establishing records of her own en route to winning the first three majors on the LPGA Tour in 2013. That is a feat that was never accomplished by Tiger Woods, Jack Nicklaus, Nancy Lopez, Ben Hogan, Annika Sorenstam, and many other golfing greats. Park, who played high school golf in the Las Vegas Golf Region,
Read More

Las Vegas, Nevada (UPDATED June 30, 2013)–Last year, this writer and a co-writer compiled the history of professional golf dating back about 60 years to the playing of the Tournament of Champions in Las Vegas in 1953. City of Champions: The History of Professional Golf in Las Vegas, came out in September of 2012, and ever since, Las Vegas golfers have been racking up majors one after the other. Inbee Park, who won two Nevada State high school golf titles while playing at Bishop Gorman, won the first two LPGA Tour majors of 2013. And Adam Scott, who played at
Read More

Las Vegas, Nevada (June 24, 2013)–The wins keep adding up for current and former Las Vegas Golf Region residents. And Inbee Park, a two-time Nevada state high school champion, is at it again. Park won her fifth LPGA Tour event of 2013 over the weekend when she fired rounds of 69-65-67 to win the Walmart NW Arkansas Championship Presented by P&G. Park has also won the first two majors of 2013 and is the hottest golfer on the planet at the moment.–By Brian Hurlburt, Follow @LVGolfInsider
Read More

Las Vegas, Nevada (June 21, 2013)–Las Vegas Golf Region resident Charley Hoffman nearly had the Travelers Championship in his hands in 2012. But a bumpy finish a year ago dashed his hopes. In 2013, Hoffman exacted some revenge on the TPC River Highlands course when he opened with a career-best round of 61. The round included two eagles including a deuce on the par 4, 10th hole. But his luck was short lived as he followed up his opening round with a 73 on day two. –By Brian Hurlburt Follow @LVGolfInsider
Read More 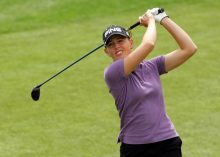 Las Vegas, Nevada (May 12, 2013)–Among those looking to move to the next stage of qualifying for the U.S. Open are several PGA Tour pros with strong ties to Las Vegas golf courses. Those scheduled to tee it up Monday at Las Vegas golf course TPC Summerlin are recent PGA Tour  Well Fargo Championship winner Derek Ernst along with Tour veterans Craig Barlow and Bob May, and former UNLV Rebel and current PGA Tour player Andres Gonzales. Also in the deep field is 1988 U.S. Amateur champion Eric Meeks, 2005 U.S. Mid Amateur champion Kevin Marsh, and John Riegger, who
Read More 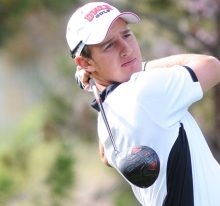 Las Vegas, Nevada (UPDATE: May 5, 2013 11:16 AM PST)–It has been a banner year for PGA Tour and LPGA Tour pros who have strong ties to Las Vegas golf courses. And this week's Wells Fargo Championship is just more proof to the power of this contingent. After the first round, two former UNLV golfers and a Las Vegas Golf Region resident were tied for the lead, and as this is written, the three were still challenging for the win during the final round. But  PGA Tour rookie Derek Ernst stood alone and won the event. Earlier this year Inbee
Read More

Las Vegas, Nevada (UPDATED April 22, 2013)–Charley Hoffman is a resident of the Las Vegas Golf Region and a 2-time winner on the PGA Tour. Heading into the final round of the 2013 RBC Heritage in Hilton Head, S.C., Hoffman was the leader by two and in position for another win. And he called his 66 in the third round his "best playing round" since the 2010 Deutsche Bank Challenge during the FedEx Cup Playoffs. That tournament was his last victory. UPDATE: Unfortunately, Hoffman struggled to a final-round 77 and a T6 finish. LIVE LEADERBOARD.–By Brian Hurlburt
Read More

Las Vegas, Nevada (April 20, 2013)–Charley Hoffman was a member of the 1998 UNLV golf team which won the NCAA championship. And he still lives in Las Vegas and has made a name for himself as one of the best players on the PGA Tour with multiple wins including one at the 2010 Deutsche Bank Championship during the FedEx Cup Playoffs. Heading into the final two rounds of the RBC Heritage in Hilton Head, Hoffman shared the lead at 6-under par. –By Brian Hurlburt
Read More

Las Vegas, Nevada (UPDATED April 15, 2013)–Adam Scott is the first former UNLV Rebel golfer in history to win a Major championship, and now joins Inbee Park as the only golfers with strong ties to the Las Vegas Golf Region to have won a Major. Scott won the 2013 Masters after outdueling Angel Cabrera in a two-hole playoff. Cabrera won the 2009 Masters in a playoff when he defeated former UNLV golfer Chad Campbell. Scott played one year at UNLV in 1998-99, finishing 11th at the 1999 NCAA Golf Championships. –By Brian Hurlburt.
Read More

Five Las Vegas Golfers Play the Weekend at The Masters

Las Vegas, Nevada (April 13, 2013)–The depth of PGA Tour players who live in the Las Vegas Golf Region or who have strong ties to Las Vegas golf courses is deep. And at the 2013 Masters, four players who live in Las Vegas and another who played college golf at UNLV made the cut and are playing the weekend. Adam Scott, the former UNLV golfer, led the way as he entered the weekend in the top 10 and was followed by residents Nick Watney, Ryan Moore (also a Rebel), Kevin Na, and Scott Piercy. MASTERS LEADERBOARD. –By Brian Hurlburt.
Read More