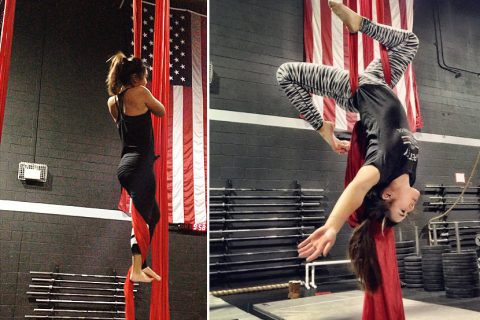 Las Vegas resident Danielle Kang birdied the 18th hole to finish with a final round 68 and win the KPMG Women’s PGA Championship at Olympia Fields Country Club in Olympia Fields, Illinois. It was the first LPGA Tour win and major of Kang’s career. She finished the tournament at 12 under. Brooke M. Henderson also birdied the final hole, but finished one shot back. – Brian Hurlburt, quotes via ASAPSports.com.

Kang hit the par 5, 18th green in two shots and had two putts to clinch the win. She now joins Inbee Park as the only Las Vegas residents to have won a major.

“The first putt, I was just more worried about getting the speed right, because it was kind of gusty,” Kang said. “But the second putt, let me tell you, that was the hardest two-footer I’ve ever had to putt. I had to tell myself, ‘Danielle, you don’t miss 2-footers, so just putt it.’”

Kang, 24, grew up in Southern California and turned professional in 2011 following her second-straight U.S. Women’s Amateur victory. Her father, K.S., caddied for her in those tournaments but passed away from brain cancer in 2013.

Kang’s home course in Las Vegas is the private TPC Summerlin, where she often plays and practices with her brother, Alex, a professional on the Web.com Tour.

“He said, ‘You played well.’ He was telling me, ‘Your putting was really great today and you were really solid.’ He was just really proud.

“I was like, ‘Thank you for your help.’ Alex is the one that I called to help map out the golf course. He’s one of the people that I lean on for everything.”

TPC Summerlin head pro Mike Messner says Kang, who is a member, is a grinder and works very hard. She also has a big and great personality around the club.

Kang has an interesting exercise regimen where she works with local aerealist Kristi Toguchi (Kang pictured above working out).