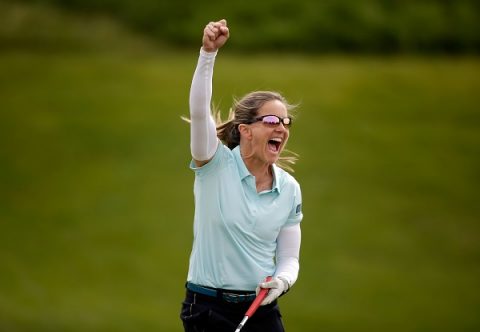 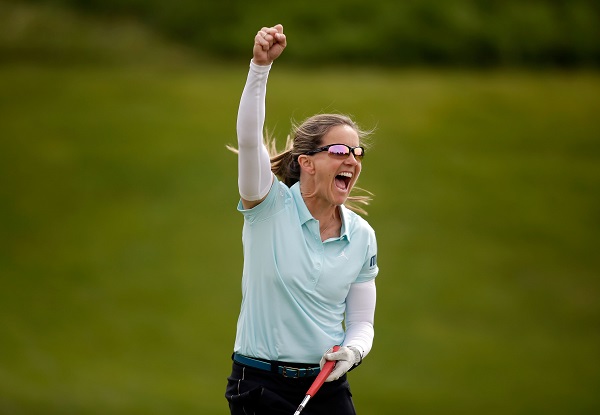 Las Vegas, Nevada (April 5, 2014)–Michael Jordan is back in town for the annual Michael Jordan Celebrity Invitational (MJCI) and along with him are an A-List group of celebrities, entertainers, musicians, and athletes. Check out some of the action through photos and more. Among the big names playing Shadow Creek and partying at ARIA Las Vegas this week are Aaron Rodgers, Julius Erving, Brandi Chastain, Jonathan Ogden, Winky Wright, Dwight Freeney, Brian Urlacher, and many more.  –-By Brian Hurlburt

As is becoming a tradition, this year’s MJCI once again featured a very special moment as the Make-A-Wish Foundation and Michael Jordan teamed up to make Wish Kid Lucas a very happy young man. The nine-year-old’s wish was to meet Michael Jordan and not only did he get to meet the NBA legend, he also received a private putting lesson on the practice green at Shadow Creek.  Jordan coached him a bit and told him he knew he could sink a shot on his own and they weren’t leaving until he did. A few putts later Lucas reached his goal, Jordan threw his hands in the air in celebration and then gave the young golfer a congratulatory high-five.

A crowd favorite each year is former U.S. Women's Soccer star Brandi Chastain, who won the event in 2012. This week she also got some love from a fellow celebrity golfer. After making a long putt for par on number one, Brian Baumgartner jumped out of his cart and applauded loudly from the fairway. Brandi Chastain took the time to sign every autograph requested of her around the course and even recorded a message for a special fan. A gentleman on the sidelines told Chastain his young daughter idolized her and had chosen her number for her own soccer team jersey. Chastain recorded a personalized video for the girl encouraging her to continue playing and enjoy practicing with her dad.

Fans who wish to experience this exclusive event can purchase daily or weekly general admission and VIP ticket packages at the course or at ARIA prior to going to Shadow Creek. VIP guests will enjoy added perks including free general admission parking at Shadow Creek (a $10 daily value), unparalleled views from the open-air Jordan Brand VIP Hospitality Deck, complimentary food and full-service bars.