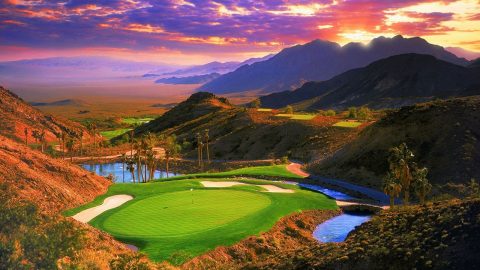 Las Vegas, Nevada (August 19, 2015)–The course that Sports Illustrated once called “golf’s hidden treasure” was the host site of the demo portion of the 2015 PGA Fashion and Demo Experience earlier this week. The course, designed by Rees Jones, is a Vegas gem and ranked in the Top 100 nationally. Major brands and other companies displayed items during the event and PGA of America professionals played the course in a tournament format. –By Brian Hurlburt

Social media has been filled with posts from attendees and exhibitors in Las Vegas for the event. Plus Ken Van Vechten has been covering the show from all angles for the official PGA.com website. Here is an excerpt from him about some new things coming along in late 2015 and 2016 for consumers from the venerable PING brand. Ping products can be found in Las Vegas at Las Vegas Golf and Tennis and the below will be available there once it hits the public in the coming months.

From Van Vechten: Valley of the Sun-based Ping is one of those companies that announces new equipment when the mercury is riding high – and trust us, it’s riding high here. But Monday’s Outdoor Demo Experience at Cascata Golf Club was the first chance for many to get their hands on products announced last month, including new irons in the i and G franchises, and a latter-day wedge in the Glide ES.
The Glide wedges take sole-relief cues from Ping’s iconic Eye2, but wraps them in a more streamlined package that will better suit those averse to obvious signs of game-improvement. They’re offered in three lofts: 56, 58, 60 degrees. The GMax clubs have no such hesitation to embrace everything they can to enhance distance and forgiveness, and notably in the way of face speed.
The i clubs – the numeric designation was dropped – use a softer steel for better sound and feel, the topline is thinned out marginally and the sole widths increased slightly, moving the long way through the bag. For the spec-geeks out there, standard lie in the i is now blue or .75 degrees upright and the GMax is set at 1.5 or yellow, to help combat the left-to-rights (for righties) that plague most recreational players, even those drawn to the more player-oriented i irons.
For his complete report and more, visit the official PGA of America website now.