Warning: Declaration of Ultimatum_Related_Sub_Items_Walker::walk($elements, $max_depth) should be compatible with Walker::walk($elements, $max_depth, ...$args) in /home/customer/www/golflasvegasnow.com/public_html/wordpress/wp-content/themes/ultimatum/wonderfoundry/helpers/wonderworkshelper.php on line 0
 The Vegas Show Must Go On: Sidelined Tiger Woods to Host Annual Tiger Jam 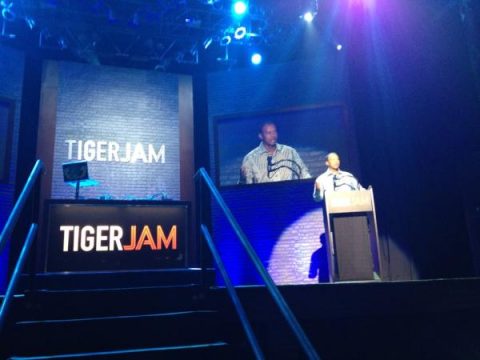 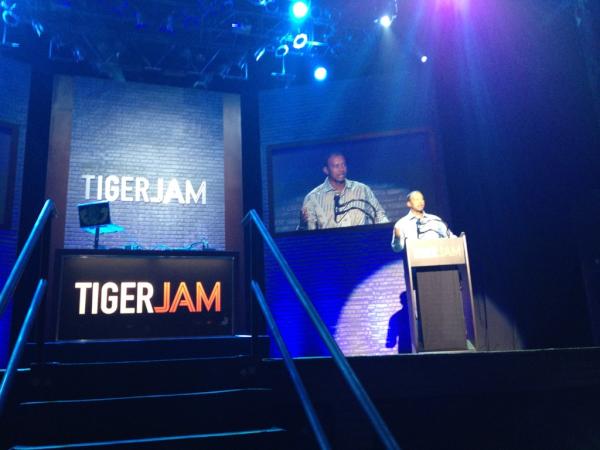 Las Vegas, Nevada (April 3, 2014)–Unfortunately, Tiger Woods is again coming to Las Vegas for the annual Tiger Jam event injured and not at the top of his golf game. Woods, who recently underwent back surgery, has announced that OneRepublic will headline the annual event which will take place May 16-17 at Mandalay Bay and include golf at Cascata, a poker event, a private gala and then the concert which is also open to the public. “We are excited to welcome OneRepublic to Tiger Jam for the first time in our 16 years,” Woods said in a statement. “This unique and entertaining event gives so much to my foundation, helping us grow our programs and providing even more young people with a shot at college.” For more details or tickets visit: TigerWoodsFoundation.org or MandalayBay.com. — By Brian Hurlburt

It's not the first time Woods has hosted the event while injured. As part of the overall Tiger Jam festivities Woods hosts a clinic for VIPs and special guests at the prestigious Cascata and more than once he hasn't been able to hit during the event. In 2011, John Cook stood in for him while Woods directed Cook to hit certain shots. Woods was coming of a strain of the medial collateral ligament in his left knee that year.

Woods also appeared at the 2008 concert, headlined by Van Halen, on crutches as he was coming off recent knee surgery. Fortunately the injuries doesn't dampen the spirit of the event which has raised millions of dollars for the Tiger Woods Foundation.

The two-day charity event hosted by Tiger Woods combines world-class golf, high-stakes poker, gourmet cuisine and exclusive VIP experiences into a star-studded weekend benefitting the Tiger Woods Foundation’s college-access programs. OneRepublic released its debut set, Dreaming Out Loud, in 2007. The album included the smash single “Apologize,” which shattered digital sales and airplay records worldwide. The band’s sophomore album, 2009’s Waking Up, produced three singles including, “All the Right Moves,” “Secrets” and “Good Life.” OneRepublic released its third studio album, Native, in March 2013, which it debuted at No. 4 on the Billboard Top 200 chart. The set includes hits “If I Lose Myself,” “Feel Again” and “Counting Stars,” which reached No. 1 on Top 40 Radio.

The 2014 Tiger Jam will kick off Friday, May 16, when poker legend Phil Hellmuth teams up with Woods to host Poker Night presented by the World Poker Tour. For a $10,000 buy-in, participants will join Woods, Hellmuth, Poker Hall of Famer Doyle Brunson and other great players for an exclusive night of poker followed by a Pre-Jam Party at Moorea Beach Club at Mandalay Bay. Tournament prizes include a package with unique golf experiences, Pro-Am playing spots in premier PGA TOUR events and other exclusive items.

Prior to Saturday evening’s live concert, guests can participate in a morning golf outing at Cascata Golf Course before attending the VIP reception at Mandalay Bay. This exclusive pre-concert party will feature gourmet food and spirits as well as live and silent auctions filled with luxury items. Following a rocking performance from OneRepublic at the Mandalay Bay Events Center, the night will conclude with a post-concert party at the House of Blues.