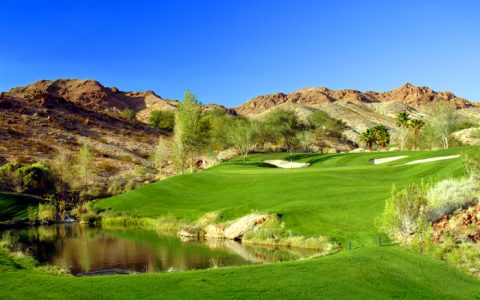 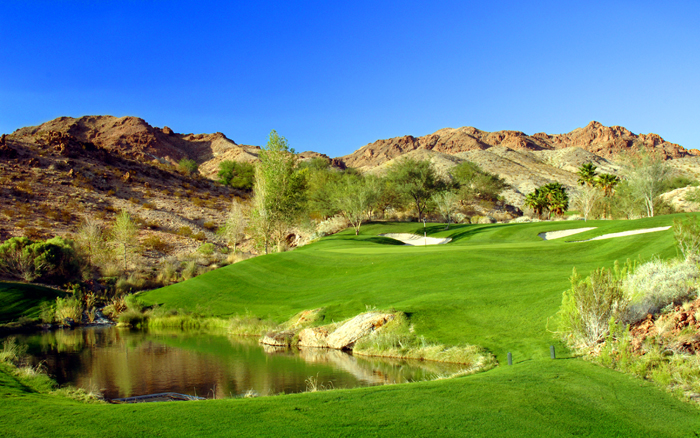 Las Vegas, Nevada (May 24, 2014)–The 16th-annual Tiger Jam returned to Las Vegas last week welcoming celebrities, sponsors and rock stars for a memorable, star-studded weekend that raised nearly $1 million for the college-access programs of the Tiger Woods Foundation. After a golf clinic and outing at Cascata on Friday and a Friday night charity poker tournament, OneRepublic joined host Tiger Woods at the Mandalay Bay Events Center Saturday night where the GRAMMY-Nominated group rocked the arena performing some of their top hits. –By Brian Hurlburt.

The clinic featured the first ever public clinic hosted by both Woods and his instructor, Sean Foley. VIPs then played a round of golf at Cascata. Prior to the exhibition Kunal Nayyar of the “Big Bang Theory” received a private putting lesson from the 79-time PGA TOUR champion. Woods was also spotted helping his girlfriend, Olympic skier Lindsey Vonn, with here short game.

Want to play Cascata, home of the Tiger Jam? Click now for the official photo gallery of the course and you can also reserve your Las Vegas tee time at the official website.

With a successful Friday night completed, guests kicked off Saturday evening by attending an exclusive reception at House of Blues mingling over cocktails and delectable hors d’oeuvres, while participating in live and silent auctions filled with luxury items. Notable auction items included: A 2014 Acura MDX and a Caribbean Yacht Expedition experience that sold for $35,000. The silent and live auction items raised more than $500,000.

Following the auction, guests attended a rocking performance at Mandalay Bay Events Center, opened by The All-American Rejects, and headlined by GRAMMY-Nominated OneRepublic, who sang some of their top hits from their third studio album, Native, including “If I Lose Myself,” “Feel Again” and “Counting Stars.”  After the main concert event, guests continued to celebrate the evening by returning to the House of Blues for a post-concert party.

About Tiger Jam and the Tiger Woods Foundation: Since its creation in 1998, Tiger Jam has raised more than $16.5 million for programs of the Tiger Woods Foundation through its sold-out performances and one-of-a-kind auction items. At the Tiger Woods Foundation, our programs break the cycle of poverty with college-access opportunities for low-income students. At Tiger Woods Learning Center campuses across the country, scholars in grades 5-12 are immersed in an interactive STEM (science, technology, engineering, math) curriculum. Here, they make the connection between school and career, while planning a road map to college. Tailored to the needs of the first-generation scholar, the Earl Woods Scholarship Program provides college scholarships coupled with an unyielding support system. But we don't stop there. Through dedicated mentors, professional development workshops and internships, our one-to-one philosophy ensures the success of our students in college and beyond. See how our scholars are smashing the cycle of poverty at tigerwoodsfoundation.org and @TWFoundation.