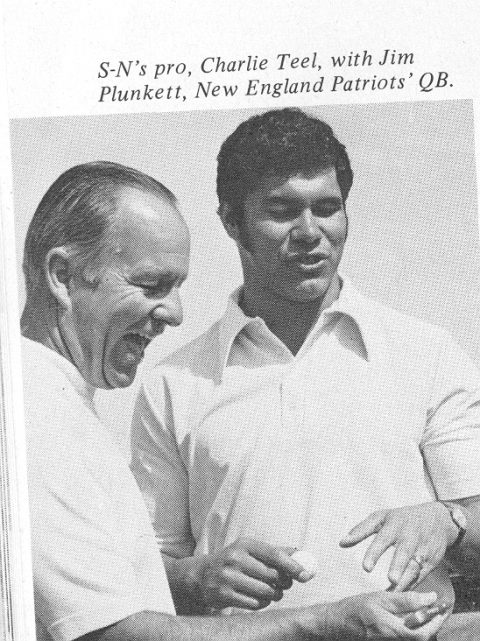 During every show for many years, historical talk show host Johnny Carson would punctuate his monologue with a pretty nice looking golf swing. It became a signature move, and one that every Carson impressionist put in their act. So who was Johnny's pro that helped make the swing "fundamentally" sound? According to Terry Webber, the nephew of legendary PGA of America Las Vegas Golf Pro Charlie Teel, that swing could be credited to his Uncle and Las Vegas. "I remember watching the Johnny Carson show, and whenever I would see the 'golf swing', I would think of Charlie," Webber said.

Webber's comments came following The First Tee of Southern Nevada Awards Banquet, where the inaugural Charlie F. Teel Memorial Award was given to the Southwest Section, Las Vegas Chapter, PGA of America. "Charlie gave lessons to Carson, and I do believe he was an influence on Johnny."

Teel was arguably Las Vegas golf's most influential PGA of America golf professional, and was the general manager at two very historic Las Vegas golf courses. Teel was also one of the most accomplished amateur golfers in Las Vegas' history, and is a member of the Southern Nevada Golf Association Hall of Fame. This week, Teel, with members of his family in attendance, was eternally honored by The First Tee of Southern Nevada with the creation of the Charlie F. Teel Memorial Award that will be given annually to an individual or organization for their commitment of promoting and enhancing junior golf in Southern Nevada.

After graduating high school he moved to Kansas City for a brief stint, but then made it to Las Vegas in the late 1940s. He ran a photo concession at the Frontier and Flamingo Hotel before he took the job as general manager and director of golf at the new Stardust Country Club (now Las Vegas National).

He then moved to the Paradise Valley Country Club (now Wildhorse) where he and his wife Clara ran the show. In 1969, he moved back to the Stardust course when it was purchased by Del Webb and re-named the Sahara National Country Club. While there, he helped bring the PGA Tour back to town with the playing of the Sahara Invitational. He became "best friends" with Jack Nicklaus, and was always giving lessons to celebrities and other Las Vegas Notables. He counted as friends some of the biggest names in showbiz, sports and politics. Among those was Super Bowl Champion Jim Plunkett.

As a player, Teel was very accomplished and won most of the major amateur and pro events in Las Vegas including back-to-back Nevada State Amateur titles in 1957 and 1958. He was elected into the inaugural class of the Southern Nevada Golf Hall of Fame.

Teel passed away in 2004, but his estate left a very significant financial donation to the Southern Nevada Junior Golf Association (these days The First Tee of Southern Nevada). The gift is to continue and promote junior golf development and competition in Southern Nevada.

"Charlie's life was golf," Webber said to the juniors, parents and sponsors gathered for the 5th anniversary awards event at The Mirage. "Golf gave my Uncle a lot, and this is way of giving back to the game that meant so much to him and in the city he loved so much. Thank you for this honor. He would want me to thank the volunteers and parents for their hard work and dedication, and to congratulate all of the kids on their success."

Amy Bush, Las Vegas Chapter, PGA of America, 2006 Professional of the Year, accepted the Teel award on behalf of the chapter.

"It is very appropriate that the first Charlie F. Teel Memorial Award be given to the Las Vegas Chapter, PGA," said Bush, who recently was named the new UNLV Rebel assistant Womens Golf Coach. "Charlie Teel was a lifetime member of the PGA and was very proud to be a member, and we are very honored to accept this award, and look forward to continuing a very positive relationship with The First Tee of Southern Nevada." 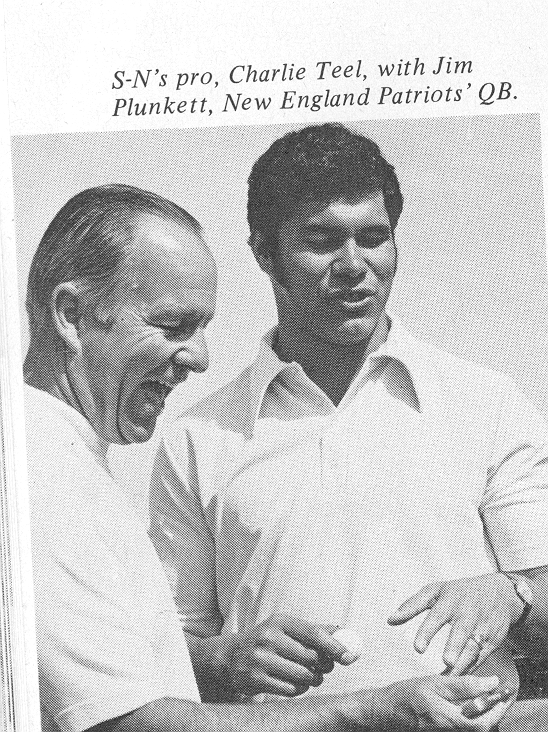