CLICK NOW FOR INFORMATION ABOUT THE 2011 WALTERS CUP PRO-AM.

Golf pros and amateurs from around the world descended on two of the fabulous Walters Golf Las Vegas golf courses in late 2006. The event was the inaugural Walters Cup, and featured rounds at Stallion Mountain Country Club (formerly owned by Walters Golf), Royal Links (a course designed to pay tribute to the British Open and the lore of the game) and Bali Hai Golf Club (a prestigious course inspired by the South Pacific that sits majestically at the South end of the world-famous Las Vegas Strip). 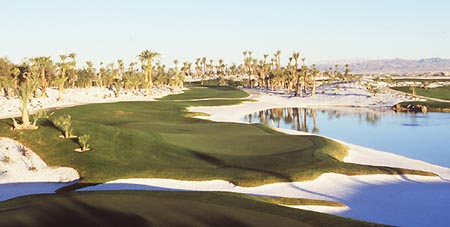 "I’ve participated and hosted hundreds of these events during my career and I can honestly tell you that it was the finest run golf event I have ever participated in," said Johnny LaPonzina, a PGA club pro. "… My amateurs had a great time and we look forward to playing in the pro am again."

The four-day event included a poker event with the top prize of $12,000. The winning team was from California and was comprised of Robert Shirey, John Whitlock, Stephan Whitlock, Dean Greene and Pete Candella.