January 19, 2008–Gone are the swimsuits and heels from the pages of her calendar, but Natalie Gulbis, who lives on the fairways of Reflection Bay Golf Club, one of three Las Vegas golf courses at the resort, has another calendar out–complete with action images–and also a 2008 day planner. Gulbis' past calendars have upset some poeple for being too provocative–the USGA banned them at the US Womens Open one year–but the 2008 version is a bit tamer and demonstrates Gulbis' athletic ability, including trophy photos from her first win (Evian Masters) and from another successful Solheim Cup appearance on the US team.

Gulbis is coming off a very successful year on the golf course. She won the Evian Masters, played on the winning US Solheim Cup team for the second time, won the Skills Challenge with John Elway, and also helped lead the LPGA Tour team to a win at the Wendy's Three-Tour Challenge, played at Reflection Bay Golf Club.

For more fun and information with Natalie, go to NatalieGulbis.com

Images presented by Shop Natalie. May 2008 sample below. 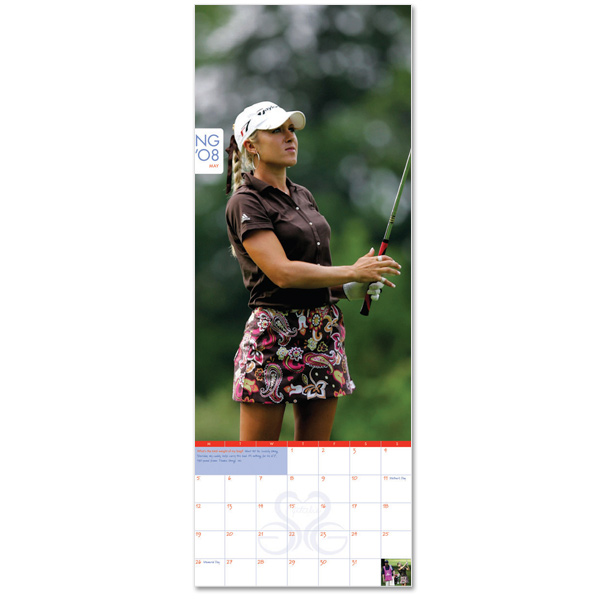