May 23, 2008–The first day's play at the NCAA Finals of Women's Golf was haulted by wind, a rarety in golf. And then the third round was suspended by lightning. So not only did UNLV's five Lady Rebel golfers–all playing in their first Finals–have to battle nerves, the course, and the other teams, they were going to toe-to-toe with Mother Nature. But the team has survived, posting a very solid round two score and challenging to record the best team finish in the history of UNLV Women's Golf. “The conditions were very tough today and overall, they have been tough the past two days,” UNLV head coach Missy Ringler said. “It has been very windy and cold, but we are hanging in there.” Therese Koelbaek and Natasha Krishna (pictured) are leading the Lady Rebels. LIVE SCORING now. UNLV's second-round team score was the third-best round of the day, trailing only 2nd place UCLA and 5th place University of Denver.

Severe winds on Wednesday forced teams to finish their second round before the third round, and then lightning caused a delay in Thursday’s round, and not everyone finished their third round.

The Rebels are currently 16th overall with a 54-hole total of 915 (314-297-304, +51) heading into the final round, and the team is in position to post its best finish in three appearances at the national tournament. UNLV’s best finish overall as a team is 21st, which came at the 2004 NCAA Championships. 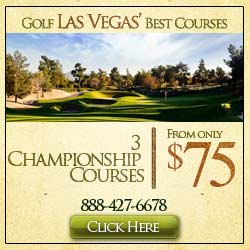 The top six teams at the top of the leaderboard did not finish their third rounds, and USC and UCLA are tied for first at +16, both teams still having players having yet to finish. Azahara Munoz of Arizona State finished her third round and she has the individual lead with a two-under 214, while Tiffany Joh of UCLA and Belen Mozo of USC are second at one-under 215.

UNLV freshman Therese Koelbaek is tied for 27th with a three-round score of nine-over 225, as she shot a two-over 74 on Thursday under less than ideal scoring conditions. One stroke behind is sophomore Natasha Krishna, who is tied for 34th with a score of 226 (+10), and she posted the best round of the day for the Rebels, an even-par 72. There still 13 players in the top 34 or higher who have not finished their third round.