July 17, 2008–The old saying is that if you birdie a tough hole during a round, you've picked up a shot on the field. But when it comes to the 499-yard, par 4, 6th hole at Royal Birkdale, site of the 2008 British Open (click for up-to-date leaderboard), a birdie there and you darn near pick up TWO shots on the field. And during an agonizing first round, Las Vegas golfer Adam Scott did just that, getting him to one-under par and into the lead for the moment. The 6th hole at Birkdale has been captured and nearly replicated at Las Vegas golf course Royal Links Golf Club, a course that honors the holes and tradition of the courses used in the Open rotation. At Royal Links, you will find the 6th hole playing as the par 4, 471-yard, 12th hole. This year, the Birkdale hole is being played about 20 yards longer than it was when the Open was played there in 1998. But aside from the yardage difference, and a new bunker that has been added at Birkdale to the left of the green, the two holes at Royal Birkdale and Royal Links (click to see a video) share the same look and playing feel. Click now to schedule your Las Vegas golf tee times at Royal Links Golf Club, a public, resort Las Vegas golf course.

Royal Links Golf Club is one of three Las Vegas golf courses owned and operated by Walters Golf. The others are the tropcial Bali Hai Golf Club located right on the Las Vegas Strip and Desert Pines Golf Club, a course with a Carolina golf feel. You can play all three at a reduced rate with the Tour The World Las Vegas Golf Packages.

Midway through the first round, the 6th hole PAR 4, at Royal Birkdale was playing at a stroke average of just under 5. Only four birdies had been recorded on the hole but there had been 86 bogeys, 22 double bogeys and 3 'others'.  That came as no surprise to Royal Links Golf Club GM Matt Tripp, who was keeping a watchful on the Open from the Royal Links castle-like clubhouse. It was ranked as the toughest hole on the course.

"On our scorecard, the hole is listed as the number two handicap, but I think it should be number one," says Tripp. "The drive is definitely the most important shot on the hole, and if you can bypass the fairway bunkers then you have a chance. The hole is manageable if you hit a good drive, but without that, you are staring bogey dead in the eye. For sure, this hole is my favorite on the course." 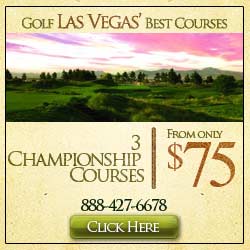 "The premium is on the tee shot and finding the right spot, ideally just carrying the bunker at 282 yards. But the likelihood is that you lay up short of or level with the right hand bunker off the tee and play a longer approach shot into the long elevated green."

"Off this tee there are three options: lay-up short of the cross-bunker, drive left of it, or drive over it, which is a 275-yard carry. The stroke average in The Open 1998 was well over four (4.62). It’s almost a par-five green as well – long and thin. I would like to watch the players hit long irons over 200 yards onto that green into the wind."

Royal Links Golf Club was built to honor the rich history and tradition of the game of golf. Designed by Dye International, this links-style course features holes inspired by eleven different British Open rotation courses, including the “Road Hole” and “Hell Bunker” from the old course at St. Andrews and the “Postage Stamp” from Royal Troon. Other courses in the loop include Carnoustie, Turnberry, Royal Liverpool, Prestwick, Royal Lytham, Muirfield and Royal Birkdale.

Monuments were erected at various locations throughout the golf course indicating the spots where great moments in British Open history took place. A Champions Wall is erected near the all-turf practice range honoring American champions of the British Open