This Las Vegas golf group provides opportunities to learn, play and enjoy the game of golf for business and for life. The EWG event takes place from 6:30-8:30 PM and will include cocktails, appetizers, golf tips from local professionals, a fashion show, drawings and more fun and surprises. For complete info you can email ewgalasvegas@yahoo.com. Also on the calendar is the Women's Southern Nevada Golf Association Amateur Championship that will be played April 4-5 at Palm Valley Golf Club, one of three Las Vegas golf courses that make up Golf Summerlin. The entry fee is $120 and this Las Vegas golf event is open to a verifiable handicap by the Southern Nevada Golf Association. You can click to WSNGA.org for more details on this event or the other high-quality events that the group organizes.

In other Las Vegas golf news, the UNLV women’s golf program was strongly represented on the Mountain West Conference 10th Anniversary Women’s Golf Team, as the Rebels placed three student-athletes on the 10-player squad, the league announced Thursday. A pair of former Rebels, Sunny Oh and Elena Kurokawa, are on the team, along with current UNLV junior Natasha Krishna.

Oh (2002-04) played just two years at UNLV but she set the standard for UNLV women's golf, becoming the first All-American in the program's history. A two-time All-American selection, Oh earned her first nod in 2003 as an NGCA honorable-mention selection as a freshman. She followed that by being named to the NGCA second team as a sophomore, as she won medalist honors at the MWC Tournament on her way to being named MWC Player of the Year. Oh won three tournaments in her career, including the 2003 NCAA West Regional, and her career scoring average of 74.16 is second all-time.

Kurokawa (2002-06) was a two-time All-MWC selection and she capped her career by being named the MWC Player of the Year in 2006, winning the league tournament as well. Her career scoring average of 75.82 is fourth all-time in school history and she is tied for the most career rounds played with 131. Krishna, one of three active players on the team, is a two-time All-MWC selection and she won the 2006 Aloha Collegiate Invitational as a freshman. Krishna holds two of the top-10 seasonal scoring averages and her career mark of 74.48 is third in the Rebel record book. 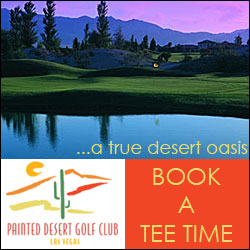 The Mountain West Conference 10th Anniversary Women’s Golf Team was selected by a combined panel of media, institutional and conference personnel and online fan poll. In order to be eligible for consideration, candidates must have been an All-Mountain West selection at least once in their careers. Anniversary teams will be chosen for each of the 19 conference-sponsored sports during the 2008-09 season in celebration of the Mountain West’s 10th anniversary.

On the men's side of things, the UNLV men's golf team, which is ranked 21st in the country in the latest edition of the Golf World/Nike Golf Coaches' Poll, will be back in action, Wednesday-Friday, Feb. 18-20, as it plays in the 33rd Annual John A. Burns Intercollegiate, which will be played at Leilehua Golf Course (par 72, 6,916 yards) on Schofield Barracks, Oahu, in Wahiawa, Hawaii. The 54-hole tournament will be played over three days, with 18 holes taking place each day. The 17-team tournament is hosted by Hawaii and also includes Arkansas, Arizona, Auburn, BYU, Colorado State, Denver, Hawaii-Hilo, New Mexico, Nevada, Reno, San Diego, San Jose State, SMU, Texas A&M, UC Santa Barbara, UNLV and UTEP.

Competing for the Rebels will be juniors Brett Kanda and Eddie Olson, sophomore Ji Moon and freshmen Derek Ernst and Colby Smith. Junior Johnny Pinjuv will be competing as an individual, which means his score won't count toward the team total. Last year's team champion at the Burns Intercollegiate was Auburn, which finished 44-under par at 820.

The individual medalist last year was California's Stephen Hale with a score of 15-under 201. UNLV finished third at last year's tournament with a 32-under 832, while Seung-su Han was UNLV's top finisher as he placed tied for 10th at 8-under 208. This will be UNLV's second event of the spring season, as the Rebels tied for fourth at the Arizona Intercollegiate in Tucson, Ariz., earlier this month. UNLV has finished in the top five in each of its five tournaments this season.