Las Vegas, Nevada (July 19, 2010)–They are all over the place. 'They' are PGA Tour players with strong ties to Las Vegas golf courses. And this past weekend was no different as, by our estimation, a dozen golfers combined to earn $843,728 in events on the PGA Tour. The best finishes came from resident Nick Watney, who tied for 7th at the Open Championship at St. Andrews, while residents Alex Cejka and Craig Barlow, along with former resident Robert Gamez, all tied for 5th at the Reno Tahoe Open, earning $101,700 each.–By Brian Hurlburt.

Lunde, a current resident and former UNLV All-American, was among the leaders at the Reno Tahoe Open heading into the final two rounds, but couldn't close the deal on the weekend. Lunde has gained some notoriety on the PGA Tour since he earned back official status at the 2007 PGA Tour Qualifying School. Lunde had quit the game and was working for Las Vegas' PGA Tour event as a sales person when he decided to give golf one more try. 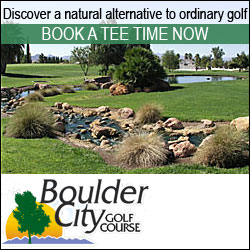 A quick scan of the official money list on the PGA Tour reveals many pros with ties to Las Vegas golf courses among those who have earned checks on the PGA Tour in 2010. To our best estimation, there are currently 16 pros with strong ties who appear on the PGA Tour money list. Fowler, a resident, leads all with $2,171,531 and is in 14th place. In all, the 16 golfers combine for about $13 million in total earnings, and 10 of the 16 are currently within the top 125 cutoff number. The top 125 players secure official PGA Tour status for 2011. Of the 16, 10 maintain a residence in Las Vegas, while the other six are either former UNLV golfers or grew up in Las Vegas before moving to another part of the country. Click now to view the official guide to Las Vegas pro golfers.