Las Vegas, Nevada (May 5, 2011)–Some of the best players in college golf once again descended upon Las Vegas golf course Rio Secco this week. The Western Athletic Conference Club Glove Golf Championships were held at the Rees Jones-designed Las Vegas golf course for the third-straight year. And, as always, Las Vegas and the host course lived up to the hype and matched the excellence of individual champ Mark Hubbard of San Jose State and the repeat team champs New Mexico State. –By Brian Hurlburt. 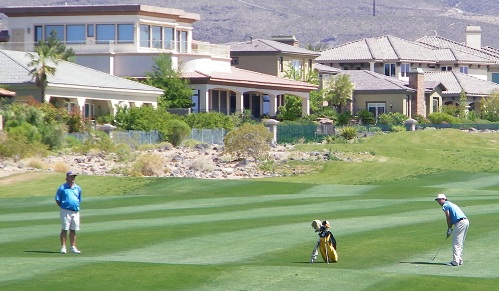 "We have the most gracious hosts in Eric Dutt, Butch Harmon and Caesars Entertainment," said SJSU Head Coach John Kennaday. "What they provide us during this week is amazing and allows us to put on a truly first-class tournament. And Las Vegas is a great city for our conference because it serves as a neutral site, and that is very important, especially in golf. Previously, the event was at a school course and it's a distinct advantage for a team to play such a meaningful tournament on their home course, especially when an automatic bid to the NCAA tournament is on the line." The WAC also holds the annual conference basketball tournament in Las Vegas at The Orleans Arena so the conference, as a whole, is very comfortable and excited to make Las Vegas a second home.

On the course, New Mexico State continued its domination of the WAC by winning its fourth consecutive title. The Aggies carded a three-round total of 875 to win by 13 strokes over San Jose State. It is the Aggies' fifth WAC title in their six years in the conference. Hubbard won the individual title after parring the third sudden-death playoff hole to defeat Idaho's Damian Telles. Hubbard shot a 3-under par 69 in the final round to card a 4-under 212 for the three rounds. Fresno State's Bryan Hogan was third at 2-under par (214). Kennaday credited Hubbard's putting skills for his success.

"Mark is an exceptional putter and a tough competitor," said Hubbard while he strolled back to the Rio Secco clubhouse following the playoff. "He'll never lay down … It's not always pretty but when he gets the flat stick in his hand he's tough to beat. He's one of the best putters I've ever worked with outside of the PGA Tour." Asked to compare Hubbard to someone he's worked with who played the Tour, Kennaday quickly replied, "Arron Oberholzer". Oberholser won the 2006 AT&T National Pro-Am and has banked more than $7.6 million in career earnings on the PGA Tour. He also won twice on the Nationwide Tour. 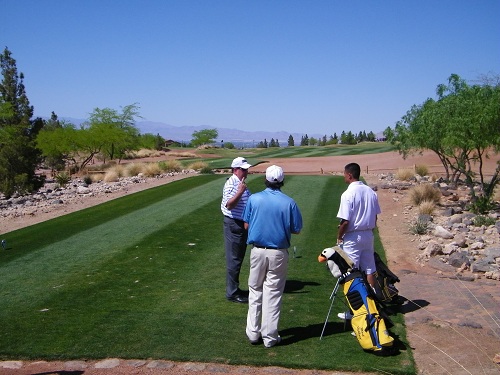 In the team competition, San Jose State was second (888) and Fresno State was third (889). Idaho and Louisiana Tech tied for fourth (901) followed by Nevada in sixth (913). Boise State and Hawai'i tied for seventh (921) and Utah State was ninth (950). Also announced today were the all-WAC teams and top awards. New Mexico State's Tim Madigan was voted the WAC's Player of the Year for the second-straight season by the nine head coaches. Freshman of the year honors went to Louisiana Tech's Jack Lempke and Coach of the Year honors went to Scott Lieberwirth of New Mexico State.

Off the course, the players, coaches and families were treated like royalty. Harmon, who has been voted the World's Best Teacher for the last decade in a poll of his peers in Golf Digest, once again attended the annual dinner spending time with the coaches and players during the week. His golf school, the Butch Harmon School of Golf, and is located at Rio Secco at the back end of the driving range. Some of the best golfers in the world–including Fresno State alum Nick Watney–work with Harmon. But the general public is also invited to work with Harmon during special and exclusive golf schools. Click to the Butch Harmon School of Golf to learn more about how you can play and practice with the world's best teacher. 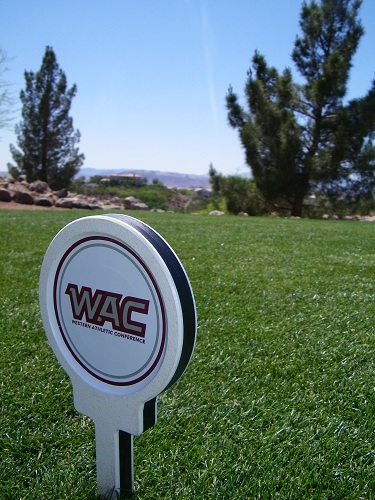 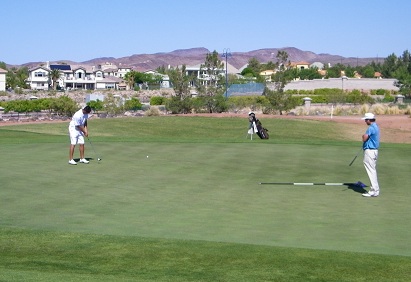