Las Vegas. Nevada (May 7, 2011)–This Las Vegas golf tournament will get a lot more coverage from us in the coming months, but in this first article about this special Las Vegas golf event, it's best to let the 2010 champs tell you why the Walters Cup is the place to be in 2011. This event, which combines Vegas golf on two of the best Las Vegas golf courses with true Vegas fun at The Palms, will be played November 17-20. –By Brian Hurlburt.

"We were very fortunate to be crowned 2010 Walters Cup Champions," wrote the team of Perry Blackman, Rex Naddio, Joe Haas Sr., Joe Haas III, and Michael Seiden at the official website of the Walters Cup. "In 2005 I was an assistant golf professional at Spring Mill CC outside Philadelphia, PA.  That season I built great relationships with a few members at the club and was excited to have them apart of my team for the 2010 Walters Cup. Being one of the host professionals we definitely had an advantage in course knowledge but, as I have learned being around golf you have got to be able to hit the shots.  Our team got off to a great start the first two days at Royal Links GC and Desert Pines GC and had a fairly large lead going into the final round at my home club Bali Hai.

"With this being said we felt very good about our chances of running away with the event. The final round gave our team a huge challenge.  Stray drives and missed short putts were the tail of the day and a forgettable final round that left our position in question.  We were fortunate enough to sneak out a three shot victory in the end and were proud to be considered Walters Cup Champions. We look forward to defending our championship next year and see all of the new teams gunning to take down the top spot in the Walters Cup!" As always, this is a pro-am competition and the host pro on each team plays in the event for free. Each amateur pays an entry fee of $1995. 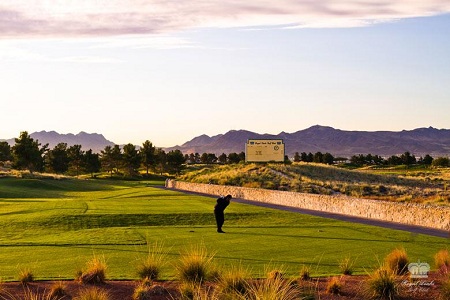