Las Vegas, Nevada (July 19, 2011)–We will spare you the true scientific explanation of the technology on display at the TaylorMade Fitting Center at the Las Vegas Golf and Tennis SuperStore. The recently-opened store is located at 1-15 and Tropicana (find the popular In-n-Out burger; then go north two 300-yard drives). Without too much detail, the bells and whistles on the Foresight fitting machine could help take out the enemy in a real war. –By Brian Hurlburt.

The Foresight technology measures ball speed, flight, height, launch angle, swing speed, and just about anything else you ever wanted to know about your clubs or swing (and some of the wizardry used for golf is also used by the U.S. Military). The technology is the same wizardry used at the Kingdom facility at the official TaylorMade headquarters in California. But the good news is that this facility is open to all Las Vegas golfers to come and give it a try. 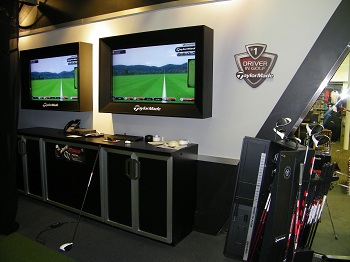 Officially manned by teaching professional Frank Blood, this Las Vegas facility offers all golfers the chance to bring in their own clubs and compare their current equipment to the new TaylorMade R11 and Burner drivers plus TaylorMade irons. Blood and TaylorMade are confident that the T-Made equipment will rule the day, but every once in a while that isn’t the case and Blood is happy to suggest other equipment or confirm that what they are already using is good for them. "The numbers don’t lie with this technology and it allows golfers to make their own decisions on what they want," says Blood. "Everything is right in front of them and I just help them make the best decision for their game; and what we can do is fit clubs to their swing rather than try to make their swing fit the club."

The new Las Vegas Golf and Tennis location is being met with a lot of excitement from both locals and tourists. And right now these club fitting sessions are free while some minor details are finalized. But once a fee is charged, that amount is put towards the purchase price of new clubs.

So, is now the time for you to get fitted and see what Justin Rose, Natalie Gulbis, Sergio Garcia and local mini-tour player and former UNLV star Seema Sedeker have learned? Each boast adding anywhere from 18-30 yards in distance once switching to TaylorMade. Find out for yourself at Las Vegas Golf and Tennis. Call 702.892.9999 to get started and mention GolfLasVegasNow.com.

"TaylorMade drivers and irons are number one right now," says Las Vegas Golf and Tennis General Manager Fred Nepa. "They have the product and we have the facility. It’s a perfect match because we have a reputation of providing the best service and selection and they offer this great technology." 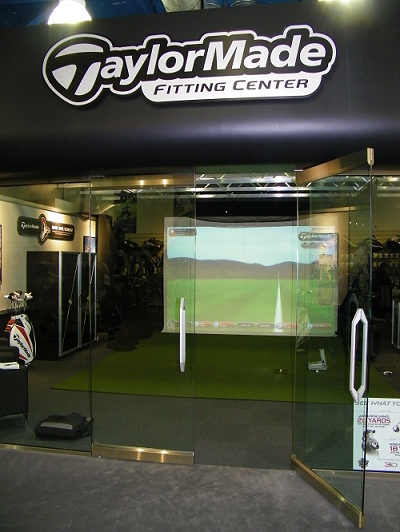