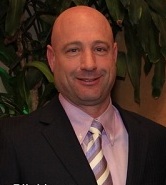 Las Vegas, Nevada (January 13, 2012)–The annual Southern Nevada Chapter, Southwest Section PGA of America Awards ceremony was held January 10 on the campus of UNLV, home of a very successful Professional Golf Management program. One of the evening highlights came when former United States Marine Thom Blinkinsop was honored as the 2011 Golf Professional of the Year. Blinkinsop is the general manager of Red Rock Country Club and Siena Golf Club, and oversees 54 holes of Las Vegas golf. –By Brian Hurlburt

Under his direction is the Arnold Palmer-designed Arroyo golf course and the private Palmer Course at Red Rock CC, and the Schmidt/Curley-designed Siena Golf Club. "It is such an honor that the people you work with or have worked for, and who work in the same profession pick you as one of the best," said Blinkinsop about the honor. " It really makes you feel proud!"

He served for five years in the Marine Corp., and was stationed in Maryland, Hawaii, Okinawa, Japan, Saudi Arabia, and Kuwait. He also went to Korea with Team Sprint. He fought in Desert Storm where he arrived in August as the "Advance Party" and left in May as the "Rear Party." He was also in "Charlie Battery" which is an artillery unit. According to Blinkinsop, that unit was "America's most forward group during the attack on Khafji in Saudi Arabia." During his career, he earned 12 medals and ribbons, and was qualitifed as a rifle expert.

The evening was emceed by Amy Bush, Chapter president and the head coach of the UNLV Women's golf team. She, along with the awards committee chair person, Greg Brockelman, helped to honor several PGA of America professionals and a longtime United States Golf Association rules official. Sue May earned the Person of the Year award for her efforts in assisting area professionals with rulings and other work at major Las Vegas golf tournaments. In her speech, she mentioned how "The Las Vegas Golf rules team" was behind her success.

Also in attendance to honor the award winners were Southwest Section PGA President Michael Haywood and Executive Director Kurt Hudek. Longtime area golf pro Patrick Duty collected several awards for his stellar play in 2011. He was the Player of the Year for both the Regular and Senior divisions, and also earned the Stroke Average award for the senior division at 72.0. Duty is from Wynn Golf and Country Club. Travis Long, from Anthem Country Club, earned the Regular Division stroke average award at 71.38.

Brockelman earned the prestigious Bill Strausbaugh Award that goes to impactful PGA of America pros. The award was established in 1979, and is presented to a PGA Golf Professional who, by their day-to-day efforts, has distinguished themselves in mentoring their fellow PGA Golf Professionals in improving their employment situations and through service to the community. The Award is named in honor of the late Bill Strausbaugh who was a PGA Master Professional in the Middle Atlantic PGA Section.

The Junior Golf Leader of the Year was Chapter Operations Director Paul Brown. Brown organizes events on the Antigua Junior Series and other junior events on behalf of the local chapter. The Horton Smith Award went to UNLV PGM Director Chris Cain, who was also recognized for becoming the first pro from the Southern Nevada Chapter to be named the Pro of the Year for the Section. The Smith Award recognizes those pros who make a postivie difference in the area of education. Click to view more about Cain's Section Professional of the Year Award.

The 2011 Merchandisers of the Year were Lee Smith (TPC Summerlin) from the private sector, Brian Hawthorne (Wynn) from the resort sector, and Tom Fischer (Las Vegas Paiute Golf Resort) from the public sector. Brandon Stooksbury from TPC Las Vegas was named the Teacher of the Year. 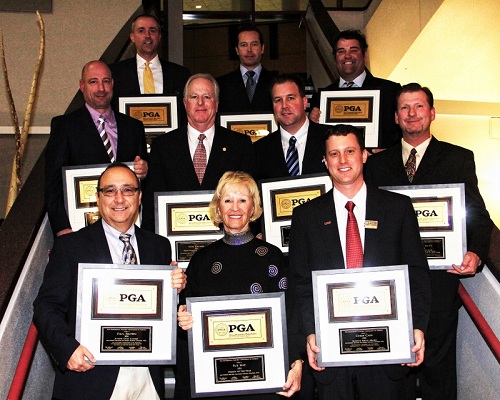 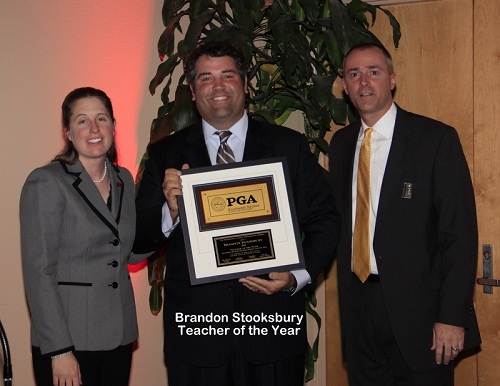 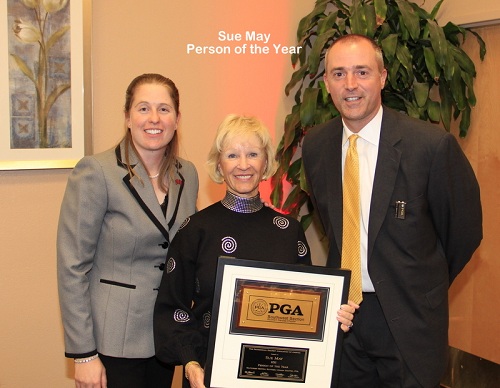 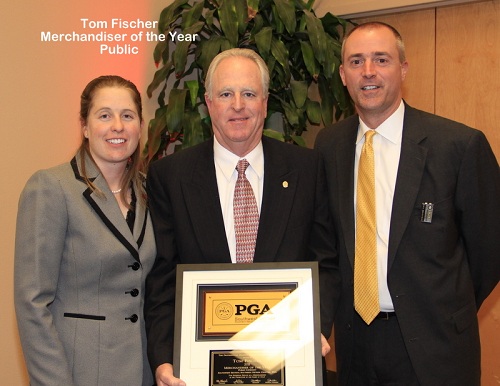