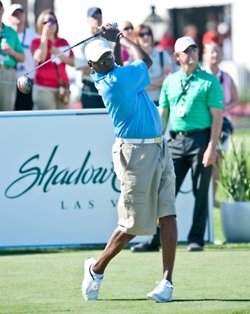 Las Vegas, Nevada (March 31, 2012)–The Michael Jordan Celebrity Invitational is in Las Vegas this weekend, and the hospitality at Shadow Creek, the host course, is the place to be. The M life Hospitality tent is VIP all the way with complimentary drinks and food, and a DJ spinning the 80s party music. Oh yeah, there's a bit of a golf tournament being played with the likes of Jordan, Wayne Gretzky, Aaron Rodgers, Roger Clemens, and many other A-listers knocking it around one of the world's best golf courses. –By Brian Hurlburt.

Click now to buy your general admission or Mlife VIP tickets. VIP spectators will enjoy access to an unparalleled view of the course from the M life VIP tent, an open-air venue featuring a "VIP Party Deck" overlooking the par-5, 18th hole, catering and a full-service bar. Plus patrons have access to shaded tables overlooking the Shadow Creek putting green and just in back of the clubhouse. Among the celebrities playing in the event are Dwight Freeney, Brandi Chastain, Terry Francona, Marshall Faulk, Bruce Smith, Ozzie Smith, Wayne Grezky, Brett Hull, Aaron Rodgers and many more. Play begins at 730 AM on Saturday. 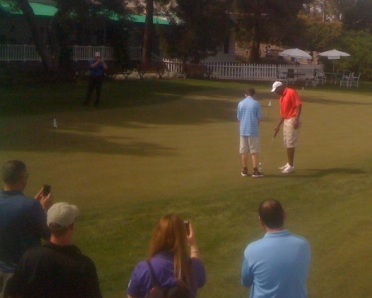 Did you know? You, too, can play Shadow Creek? Just not this weekend. Shadow Creek is available to guests of any MGM Mirage hotel property. Among those hotels are ARIA at CityCenter–the host hotel of the MJ event–Bellagio, MGM Grand, and The Mirage. Click now for the official website of Shadow Creek where you can find out reservation details.

Local music star Ne-Yo is rocking the event after play on Friday. Ne-Yo grew up in Las Vegas and was thrilled with the opportunity to perform at the event and help Jordan raise dollars for charity. "I feel blessed for the opportunity to perform in the city where I grew up," said NE-YO. "Performing in Las Vegas is always amazing, and being able to perform in celebration of Michael's] tournament, which benefits so many charities, is the best feeling," said Ne-Yo. "I understand the importance of giving back which is something my mother taught me growing up, and I pay it forward through my own charity, The Compound Foundation which helps youth in foster care."

Jordan–after hitting two bad shots on the 18th hole–took time to give back a little bit. He spent about 15 minutes on the putting green giving a lesson to Lucas Stroud, a Make-A-Wish child. After several attempts, the young man holed a 20-foot putt, drawing a raucous ovation from the spectators watching the practice session. Photos from iphone. 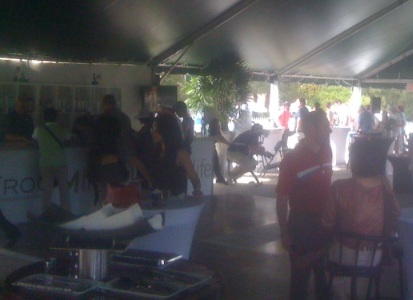 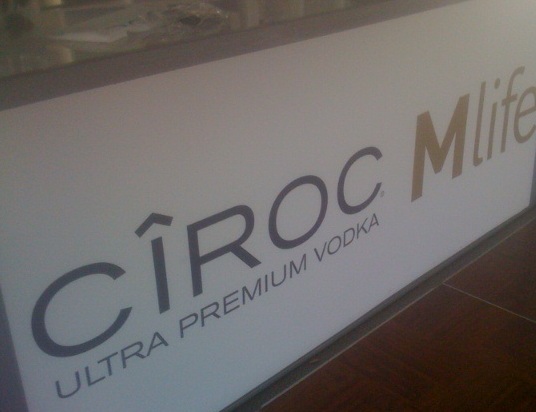 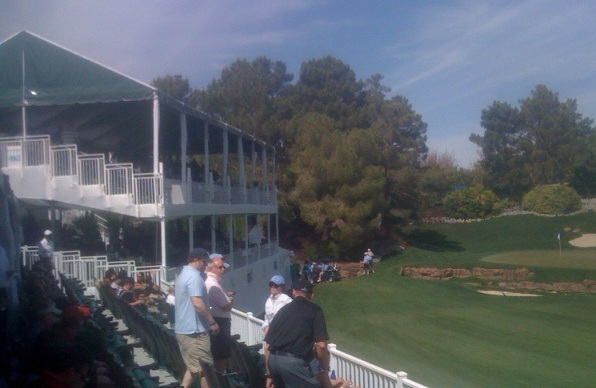