Las Vegas, Nevada (April 28, 2012)-Maybe it isn't breaking news, but Tiger Woods confirmed that Jack Nicklaus is the greatest when asked about it during his annual private golf clinic at Tiger Jam. The VIP event was held at Las Vegas' Cascata, and Tiger drew a big laugh when asked who is the greatest golfer ever: "Nicklaus," he replied. Asked to clarify where he personnally rated, Tiger quickly said, "I am four majors back." –By Brian Hurlburt

Woods seemed relaxed and happy during the hour-long clinic and Q&A session. The clinic was part of a weekend full of festivities for Tiger Jam, the annual fundraiser for the Tiger Woods Foundation. Other events include a golf tournament, a poker tournament, a dinner, and then a Bon Jovi concert.

Woods answered questions on a variety of topics ranging from what is his favorite course to whether he ever actively tries to intimidate players during a round. His favorite course is "St. Andrews, because of the tremendous history" while he slyly stated that "Shooting a 63" should be intimidation enough. He says "plays his own game" therefore doesn't try to intimidate.

Woods also said that Augusta is his favorite course in America but added a disclaimer. "It's a pretty neat place, but it wasn't very neat a few weeks ago," said Woods jokingly, referring to his disappointing finish at the 2012 Masters. "But it was a pretty neat place seven years ago." Woods also went on to admit that he didn't feel comfortable hitting the ball high during the week of the Masters. But two weeks prior when he won at the Arnold Palmer Invitational he felt very comfortable with all aspects of his game. He also admitted reverting back to some old swing habits during The Masters but has since worked to correct those faults.

Woods also chuckled when describing the simple things he and instructor Sean Foley are working on with his swing. He laughed at the thought of all of the commentators believing they know what is going on with his swing and what he and Foley are focused on at any particular time. "But they know it all, right?" said Woods with a smile.

Woods also labeled his win at the 1997 Masters as his greatest because of what it meant and how his father had nearly died just prior to the tournament. A recovering Earl Woods had also given Tiger a putting tip prior to that Masters. Woods mentioned his father's teaching several times during the clinic at Cascata, affirming the influence that father had on son.

When it came to putting, Earl Woods would tell a young Tiger to "putt to the picture". And Tiger has been putting that way ever since. He takes a look at the putting target and then putts to it. As Tiger said during the clinic, "How do you explain to a 2-year old the different between an inch and a mile?" That was the reason behind the "putt to a picture" philosophy.

Stick close to GolfLasVegasNow.com for more from Tiger Jam 2012. 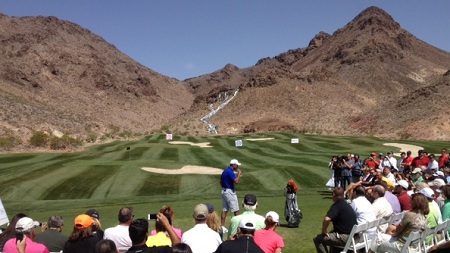 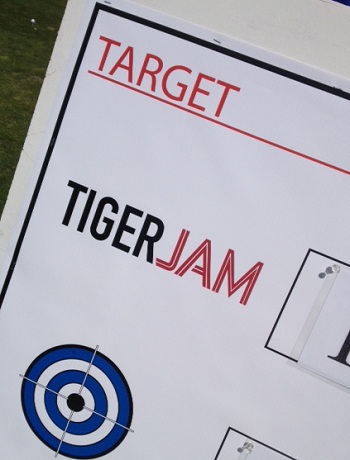