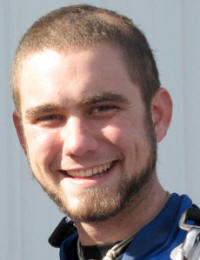 Las Vegas, Nevada (May 6, 2012)–Some of the best junior golfers in the United States will be visiting Las Vegas soon. The Matt Snodgrass Junior is to be held June 11-14 at Las Vegas' Stallion Mountain Golf Club. The tournament is a part of the American Junior Golf Association schedule, which has a long history in Las Vegas. –By Brian Hurlburt

Some of the biggest names in golf have won previous AJGA tournaments played in Las Vegas including 4-time UNLV All-American Chris Riley, who went on to play for the United States Ryder Cup team. Other past champions in Las Vegas include LPGA star Cristie Kerr, who  picked up a victory in 1995 en route to Rolex Junior Player of the Year accolades while two-time Player of the Year Kellee Booth won in 1994. On the boy's side, local standout and UNLV commit AJ McInerney of Henderson, Nev., won in 2009. Other past champions of the event include Chez Reavie, Chris Riley and Trip Kuehne, to name a few. Local Stephanie Louden, who plays on the LPGA Tour, also is a former champion.

"We know this event has a decorated history in Las Vegas … in fact, if you look into the event history, Tiger Woods even competed in 1991," stated David Raper, General Manager of Stallion Mountain Golf Club. "We certainly are excited to have some of the finest young golfers compete at Stallion Mountain Golf Club and playing host to what often times become the future professionals we'll see someday on the PGA and LPGA Tours," added Raper.

In conjunction with the tournament, the AJGA will host a Junior-Am Fundraising Tournament, benefitting the Matt Snodgrass Foundation, Monday, June 11 at 8 a.m. Matt Snodgrass, was a young Las Vegas golfer who was diagnosed with a malignant, recurrent brain tumor at the age of nine. Snodgrass endured a 13-year battle with the disease before passing in July 2011. Snodgrass had a passion for the game of golf, playing on a regular basis to stay in good health, and be mentally motivated to keep fighting.

"Part of the AJGA's mindset at each tournament is to give back to local organizations," said Sean Riley, AJGA West Regional Director. "We are excited to be supporting the Matt Snodgrass Foundation through our fundraising efforts and are honored to have the storied Las Vegas-area tournament named in honor of such an inspirational individual."

In 2008, the Matt Snodgrass Foundation was created by Matt and family members to provide emotional support and professional counseling to childhood cancer survivors during their transition to adulthood as well as the newly diagnosed ages 18-30. The Foundation also provides scholarship dollars to young adults whose lives have been affected by cancer to assist with school-related costs.

The Junior-Am allows amateurs to play alongside the future stars of the game. Tiger Woods, Charles Howell III, Lucas Glover, Paula Creamer and Morgan Pressel are just a few of the thousands of talented players who participated in AJGA Junior-Ams when they were teenagers. To participate, please contact Sean Riley at sriley@ajga.org.