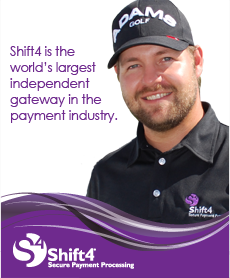 Las Vegas, Nevada (September 27, 2012)–Charley Hoffman and Ryan Moore both made the PGA Tour's FedEx Cup Playoffs, and are two of the most accomplished PGA Tour pros in the history of the UNLV golf program. And this weekend they join superintendent Don "Mac" McCoy and the historic Valley View Golf Club association as members of the Class of 2012 of the Las Vegas Golf Hall of Fame. The Night of Induction kicks off the PGA Tour's Justin Timberlake Shriners Hospitals for Children Open. –By Brian Hurlburt

“It is an honor to be inducted into the Las Vegas Golf Hall of Fame," says Moore, who won the NCAA Championship in 2004. "Las Vegas has been such a big part of my life, with my time spent at UNLV, to meeting my wife, and now as my residence, I am glad to be part of the history in this community.”

Moore had arguably the best run of amateur golf in history when he won multiple titles in a calendar year in 2004 and 2005, culminated by being the low amateur at the 2005 Masters. He also collected titles at the U.S. Amateur, the U.S. Publinx, and the Western Amateur among others.

The Night of Induction is September 29 at The Hill at TPC Summerlin where a who's who of the Las Vegas golf community will gather to honor the new inductees and celebrate golf in Las Vegas.

Charley Hoffman is a two-time PGA TOUR champion and a member of the 1998 UNLV team that won the NCAA championship. Hefirst fell in love with Las Vegas while attending UNLV as a member of the Rebels golf team, a perennial national powerhouse. Hoffman was a part of the 1998 team which won the NCAA Championship, and will forever be linked to one of the greatest teams in the history of all UNLV sports. In college, Hoffman adhered to the strict regimen of UNLV Golf Head Coach Dwaine Knight, a Las Vegas Golf Hall of Fame inductee, but he was also known as a free spirit and for his go-for-broke playing style.

Hoffman was an honorable mention All-American in 1998, but he was never a can’t-miss prospect for the PGA TOUR as a collegian. He was a big part of the success of the Rebels. “Charley was a player who developed a lot in college,” says Knight. “He just kept getting better and better. After a terrific junior career in California, he came to us and played a lot as a freshman on a team that included future PGA TOUR champions Chris Riley and Chad Campbell. And in 1998 he was a mainstay on the national championship team which won seven tournaments during the year, a record that still stands as of 2012. And that team set the all-time NCAA Finals scoring record.”

Following his career at UNLV and some challenging times on golf’s mini-tours, Hoffman made his long hitting and fearless style payoff when he earned a full-time spot on the PGA TOUR in 2006. He then went on to win the 2007 Bob Hope Chrysler Classic and the 2010 Deutsche Bank Classic, and has become one of the most recognizable players on the PGA TOUR who is known for his long, blonde surfer hair and sense of humor.

Hoffman lives in Las Vegas with his family and has dedicated his time and money to making a difference in the community. Charley and his wife, Stacey, created the Charley Hoffman Foundation and have helped raise money and awareness for several Southern Nevada charitable organizations.

"It feels great to be able to give back to a community that has supported me and my golf career since college," says Hoffman. "I wouldn't be who I am without the PGA TOUR and Las Vegas.” Hoffman has earned more than $10 million in his PGA TOUR career through mid-2012.

The job came with a salary and a place to live for his young family, the former clubhouse of the original nine holes built in 1939. It was and is the only residential home located on the golf course, between the 14th and 15th holes. Although now vacant, the house still stands today and if you look closely you can see the cleat marks imbedded on the living and dining room floors. An addition was added in 1958 at the request of City Commissioner Ed Fountain.

Besides caring for the course, McCoy co-designed and oversaw the build of the new nine holes off Washington Avenue. A significant amount of planning went into the design. Irrigation was fed by multiple wells which fed into an earthen reservoir. Additionally, the caliche beds were so predominant that dynamite was used to blast holes for hundreds of elm trees placed onto the property. Mac still has home movies he filmed during the construction. With a few exceptions such as the addition of palm and mulberry trees in the 1970s and a major redesign of the par 3 third hole in the 1980s, the original track remains mostly the same as laid out by Mac and his crew.

As part of the Las Vegas Centennial celebration, a street near what is now known as Las Vegas Golf Club was named in honor of McCoy. McCoy is a soft spoken and humble man who loved his time at the Las Vegas Golf Club. McCoy retired in 1981, and many old times who play the course still remember fondly the days of McCoy on the fairways. “Those who know me know that I’m a man of few words,” says McCoy about this honor. “Just let me say that I’m honored and humbled knowing that I’m the first superintendent to be inducted. I hope I won’t be the last.”

Ryan Moore is a PGA TOUR winner and won the 2004 NCAA individual title and the U.S. Amateur among several other NCAA and amateur events while playing at UNLV. Heis regarded as having the best golf career in the history of the UNLV golf program, but Moore is also known worldwide for possibly putting together the best year ever in the history of amateur golf. In that magical year of 2004, Moore also won the U.S. Amateur, the U.S. Publink Links, the Western Amateur, and the prestigious Sahalee Players Championship. He also earned two other collegiate victories in addition to the NCAA title and finished in the top 10 in 10 of the 13 college tournaments he played. And in 2005, he finished T13 at The Masters, earning the honor of Low Amateur.

More of the accolades he collected during the year of 2004-05 include: Earned first-team All-America honors making him a three-time collegiate All-American and he would add a fourth in his senior season. He was selected to the U.S. Palmer Cup team, marking his second appearance on the squad. He won the Mountain West Conference Championship and was selected MWC Player of the Year and named to the All-MWC team, and would add a fourth in his senior year. He had a scoring average of 69.29, which is the second-lowest in NCAA history to Wake Forest's Bill Haas who scored 68.93 also in 2004. Moore’s name is at the top of many UNLV season and career records, including winning seven career tournaments, the most in the storied program’s history.

“His time at UNLV was remarkable and historic for both UNLV and the world of golf,” says Las Vegas Golf Hall of Fame inductee and UNLV Head Golf Coach Dwaine Knight. “It was arguably the greatest amateur year and career in history. And it was great for us to be a part of that. Anytime someone’s name is mentioned with the likes of Tiger Woods and Bobby Jones, it’s very special. And really nobody has ever had a year like he did in 2004.”

Moore is a PGA TOUR champion, and has earned millions through his play. But he has also become known for doing things his own way, eschewing large endorsement deals to stay true to his beliefs. Moore continues to live in Las Vegas in addition to spending time in his native Washington. He also created a golf management company in Washington. And despite having several opportunities to turn professional following his junior year, he decided to come back to UNLV and graduate.

The Valley View Golf Club was organized by 15 individuals in the nineteen fifties. Valley View was initially organized as a means for predominantly Black golfers to unite and fellowship in meaningful golfing competition, especially since certain doors in the community were not yet open to individuals of color. The members of Valley View Golf Club soon began to introduce and promote golfing to minority youth in the Southern Nevada Community. The club has recognized the following individuals as a partial list of the Valley View Golf Club Founders: Felbert Cobbs, Uvalde Caperton, Johnus Geran, Jimmy Bell, Sr., Dr. Garnet Ice, Henry Moore, Willie “Punch” Hughes, Jim Robertson, R.J. Robinson, Marshall Brunch, A.T. McCoy, and Jimmy Gay. The first President of Valley View was Mr. Felbert Cobbs. The Founders had the incredible foresight to promptly affiliate with the Western States Golf Association (WSGA) during the latter part of 1958.

About The 2012 Justin Timberlake Shriners Hospitals for Children Open:

About the Las Vegas Golf Hall of Fame:

The mission of the Las Vegas Golf Hall of Fame is to celebrate and bring awareness to players, administrators, benefactors, groups, instructors, teams, and other worthy golfers who have served the game of golf in Las Vegas in a positive and meaningful way; whether through performance on the course, volunteerism, financial support, promotion, or other dedicated service. An additional aspect of the mission is to help reveal Las Vegas as a great golf destination and has done this by hosting international media at the home exhibit. The museum-quality exhibit in the clubhouse of Las Vegas National Golf Club features an in-depth Las Vegas golf time line, historic photos, and a special area honoring the Las Vegas Founders Club that features the official trophies used by Las Vegas’ PGA Tour and Champions Tour events. The museum is open and free to the public during regular Club hours. A 16-person committee made up of Las Vegas golf professionals, media, amateur association leaders, and Hall of Fame members, oversees the voting process. The complete list of Las Vegas Golf Hall of Fame members can be found at LasVegasGolfHOF.com.

About Shriners Hospitals for Children®:

Shriners Hospitals for Children is a 501(c)3 non-profit organization and relies on the generosity of donors. All donations are tax deductible to the fullest extent permitted by law.

About the PGA TOUR:

The PGA TOUR is a tax-exempt membership organization of professional golfers. Its primary purpose is to expand the PGA TOUR so as to substantially increase player financial benefits while maintaining our commitment to charity and integrity to the game.

In 2011, the PGA TOUR, Champions Tour and Nationwide Tour collectively consist of more than 100 events staged in 34 states and in 12 countries outside of the U.S.

In addition to providing competitive opportunities for its membership, TOUR events also generate significant funds for local charities. In fact, the PGA TOUR and its tournaments have given nearly $1.5 billion in overall charitable contributions. The PGA TOUR's Web site address is www.pgatour.com and the company is headquartered in Ponte Vedra Beach, FL.