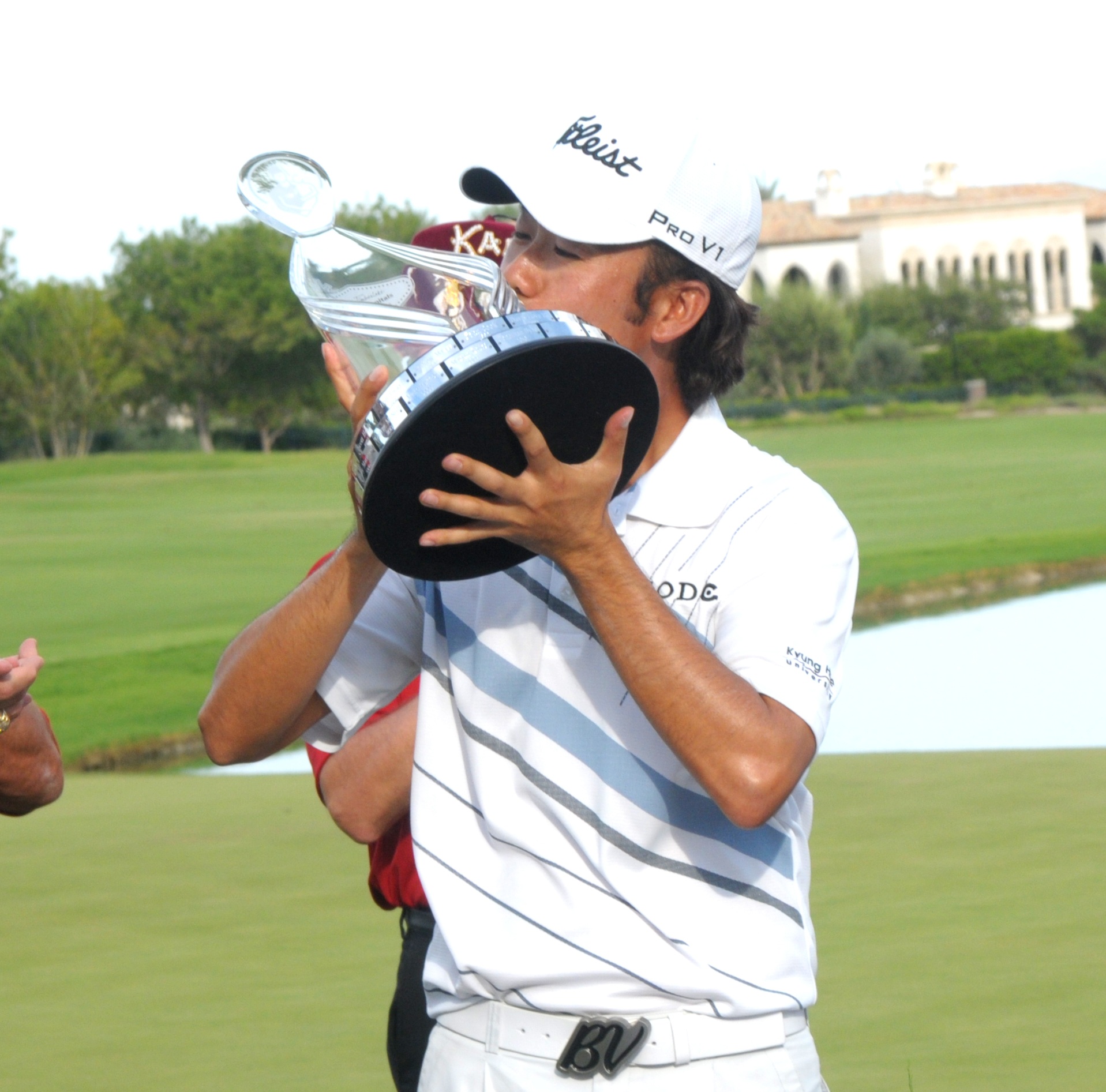 Las Vegas, Nevada (October 6, 2012)–A pretty solid group of names sits atop the leaderboard of Las Vegas' PGA Tour event. Names such as Vijay Singh, John Daly, Nick Watney and Ryan Moore are in the top 10 entering round three. FedEx Cup playoff participant Jonas Blixt is at the top. And the quality field and leaderboard should only get deeper in 2013 when the Justin Timberlake Shriners Hospitals for Children Open officially becomes a full-point event within the FedEx Cup Playoffs. FULL LEADERBOARD. –By Brian Hurlburt Follow @LVGolfInsider

While a bit confusing to some, the event-minus pop superstar Justin Timberlake whose 5-year partnership is over–will be played as a FedEx Cup a year from now, but the points will not count for next season. The event in 2013 is scheduled to be one of the first PGA Tour tournaments on the 2013-14 schedule (not 2013), and for that reason even more big names should descend on the city of lights to get a jump on vital playoff points.

There is already a bit of a buzz amongst PGA Tour pros about the event becoming a spot in the FedEx Cup Playoffs, and for many different reasons players should want to play in Vegas. Among those reasons are perfect weather, perfect course, VIP Vegas treatment, no state income tax, and a long and deep professional golf history.

"I think it's great," said 2011 champion Kevin Na upon the official announcement in August. "I'm really happy to see that the tournament has moved into a full‑FedExCup‑point tournament. It's not called the FallSeries anymore; it's the beginning of the year and it will create a buzz for the guys that want to get off to a good start and better field in the tournament. I guess Justin Timberlake is no longer part of this tournament, and it's unfortunate; I think he's done a great job, but I think for the tournament, it's still, because of the moving of the date and the whole FedExCup points, I think it's a big step for the tournament. This is Las Vegas. We have to have a TOUR event here and we have to have a big, great TOUR event, and I think this is on its way to being one of the best tournaments on the TOUR"

The future is indeed bright, and the big names of 2012 are allowing golf fans to see it even more clearly.