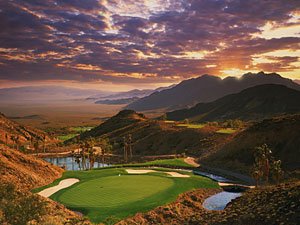 Las Vegas, Nevada (January 9, 2013)–The Caesars Entertainment brand and quality are synonymous. And that is the case for the resorts, restaurants, entertainment, golf, and other components which make the company a global leader for gaming. Golf plays a key role in delivering a quality experience for Caesars Entertainment guests, and Golfweek Magazine has recognized six of the company’s golf courses–including two in Las Vegas, Cascata and Rio Secco–as among the top 50 casino layouts in America. Caesars Golf has the most golf courses on the list. –By Brian Hurlburt

Cascata in Las Vegas leads the way at number 7 and is followed by Atlantic City Country Club (8), Chariot Run (20), Southern Dunes (21), Grand Bear (26), and Las Vegas resort course Rio Secco a number 43. Both of these Las Vegas golf courses are open to all players. Click now for the official websites of Cascata and Rio Secco Golf Club, where you can reserve your Las Vegas golf tee times for the courses online. Caesars Entertainment hotels in Las Vegas include Caesars Palace, The Rio, Bally's Las Vegas, and Planet Hollywood. Golf packages with these hotels are available.

“We don’t take recognition like this lightly and it is very much appreciated,” says Eric Dutt, Caesars Entertainment Vice President, Las Vegas Golf Operations. “We strive to offer quality both on and off the course, and Golfweek has validated those efforts through these rankings. And with those six courses being located in five different states, traveling golfers are never far away from a Caesars Entertainment golf course.”

The highly-acclaimed, par 72, 7,137-yard Cascata—number seven on the list–is a Rees Jones design that is located 35 minutes from the Las Vegas Strip. The course was once called “Golf’s Hidden Treasure” by Sports Illustrated. The course is also ranked #2 by Golfweek for the state of Nevada, and has received numerous awards and recognition. Click for Cascata tee times.

Rio Secco Golf Club—number 43 on the list– is another Rees Jones design, and is located in the canyons and hills overlooking the glorious Las Vegas valley. Rio Secco Golf Club is the home of the Butch Harmon School of Golf, where the biggest LPGA and PGA Tour stars come to learn from the legendary Butch Harmon and his award-winning staff. Public instruction and golf schools are available. The course annually hosts the Wendy’s 3-Tour Challenge, the Western Athletic Conference Tournament, and event surrounding Tiger Jam, a Tiger Woods Foundation fundraising event.

Atlantic City Country Club—number eight on the list–is one of the most historic golf courses in the United States, and has played host to six major USGA championships. Bob Hope was a regular, and Arnold Palmer honed his game on the course when he was an enlisted man in the United States Coast Guard, before going onto to become one of golf’s true legends. The course was also named by Golfweek as the Top Public/Daily Fee Golf Course in New Jersey.

Chariot Run—number 20– is located at The Horseshoe of Southern Indiana, and is a spectacular equestrian-themed golf course. It features 18 holes and more than 7,000 yards of exciting golf with bent grass greens, fairways and tees, and sparkling lakes. Chariot Run is also ranked #3 overall in Indiana by Golfweek.

Ak-Chin Southern Dunes—number 21—is located near Phoenix, Arizona, and is also recognized by Golfweek as a Top 100 Resort Course You Can Play in America and the #6-ranked course overall Arizona. The course was designed by Lee Schmidt and Brian Curley.

The Jack Nicklaus-designed Grand Bear Golf Course—number 26 on the list—opened in 1999, and is located in Saucier, Miss. The course is a par 72, and plays 7,204 yards from the tips. The course was also named to Golf Digest Magazine’s Top 100 You Can Play list for 2005-06, and is rated by Golfweek Magazine as the number two golf course in Mississippi.

Caesars Entertainment Corporation is the world's most geographically diversified casino-entertainment company. Since its beginning in Reno, Nevada, more than 75 years ago, Caesars has grown through development of new resorts, expansions and acquisitions and now operates casinos on four continents. The company's resorts operate primarily under the Caesars®, Harrah's® and Horseshoe® brand names. Caesars also owns the World Series of Poker® and the London Clubs International family of casinos. Caesars is focused on building loyalty and value with its guests through a unique combination of great service, excellent products, unsurpassed distribution, operational excellence and technology leadership. We are committed to environmental sustainability and energy conservation and recognize the importance of being a responsible steward of the environment.