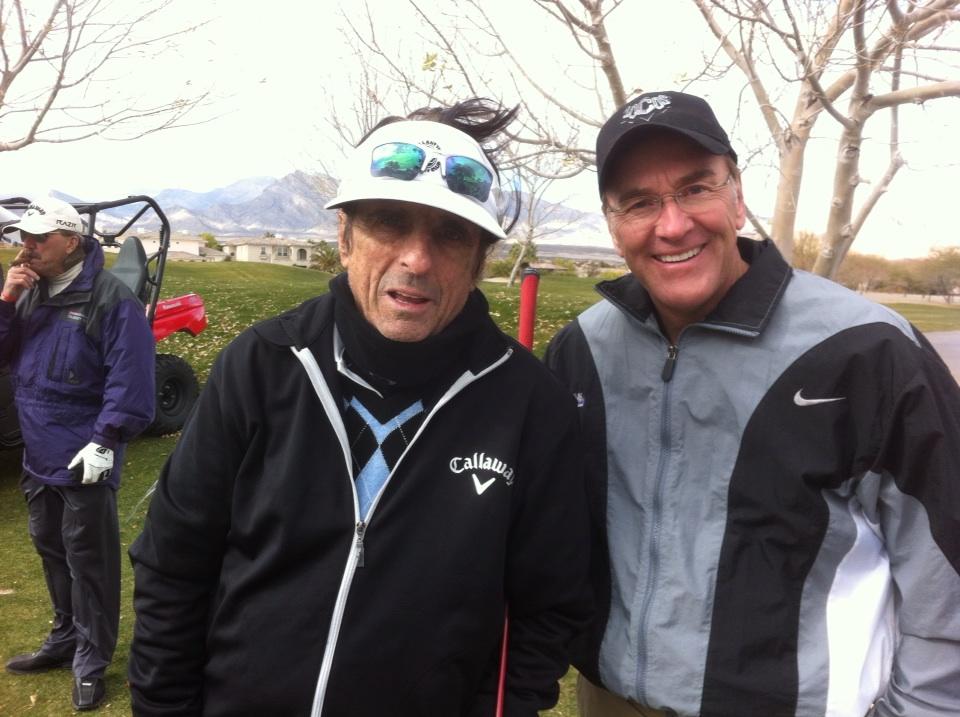 Las Vegas, Nevada (January 11, 2013)–Las Vegas continually rolls out the green carpet for celebrities, whether they are in town to relax or in Las Vegas to take part in a celebrity golf tournament. And the PGA Tour owned and operated TPC Las Vegas was recently the site of the annual Canon USA Customer Appreciation National Center for Missing & Exploited Children(R) (NCMEC) Celebrity Golf Tournament. And actor John O' Hurley emceed the event that was attending by Alice Cooper, Danny Masterson, and John Walsh, among others. –By Brian Hurlburt. Photo courtesy @Sports8

The 2013 event helped NCMEC raise over $427,000, making it one of the most successful fundraising efforts throughout Canon's 16 years of sponsorship.Each year, the Canon Customer Appreciation Reception and NCMEC Celebrity Golf Tournament sponsored by Canon U.S.A. not only assists NCMEC with fundraising efforts, but also helps to raise awareness about the issues of missing and exploited children. Canon has proudly provided NCMEC with more than $5 million worth of support through donated products, services and money. The reception was held at the Bellagio.

Missed the event but want to play TPC Las Vegas? Click now for the official website of TPC Las Vegas, the home of pro golf in Las Vegas. The course is a former host of events on both the PGA TOur and Champions Tour. On a daily basis, Tour pros who live in Las Vegas play and practice at the course so you never know who you will run into.

"We look forward to continuing the strong partnership we have forged with the National Center for Missing & Exploited Children well into the future," said Joe Adachi, president and CEO, Canon U.S.A., in a statement. "There is nothing more rewarding than knowing our involvement with NCMEC helps contribute to the return of more and more missing children to their families each year."

"Canon has been an invaluable partner of the National Center for Missing & Exploited Children. The company has adopted our mission of child safety and made it their own," said John Ryan, NCMEC CEO. "I believe that the work we are doing together is helping families and saving lives."

The National Center for Missing & Exploited Children is a 501(c)(3) nonprofit organization established in 1984. Designated by Congress to serve as the nation's clearinghouse on issues related to missing and exploited children, the organization operates the toll-free 24-hour national missing children's hotline which has handled more than 3,670,000 calls. It has assisted law enforcement in the recovery of more than 180,000 children. The organization's CyberTipline has handled more than 1,714,500 reports of child sexual exploitation and its Child Victim Identification Program has reviewed and analyzed more than 79,018,400 child pornography images and videos. The organization works in cooperation with the U.S. Department of Justice's Office of Juvenile Justice and Delinquency Prevention. To learn more about NCMEC, call its toll-free, 24-hour hotline at 1-800-THE-LOST (1-800-843-5678) or visit its web site at www.missingkids.com .