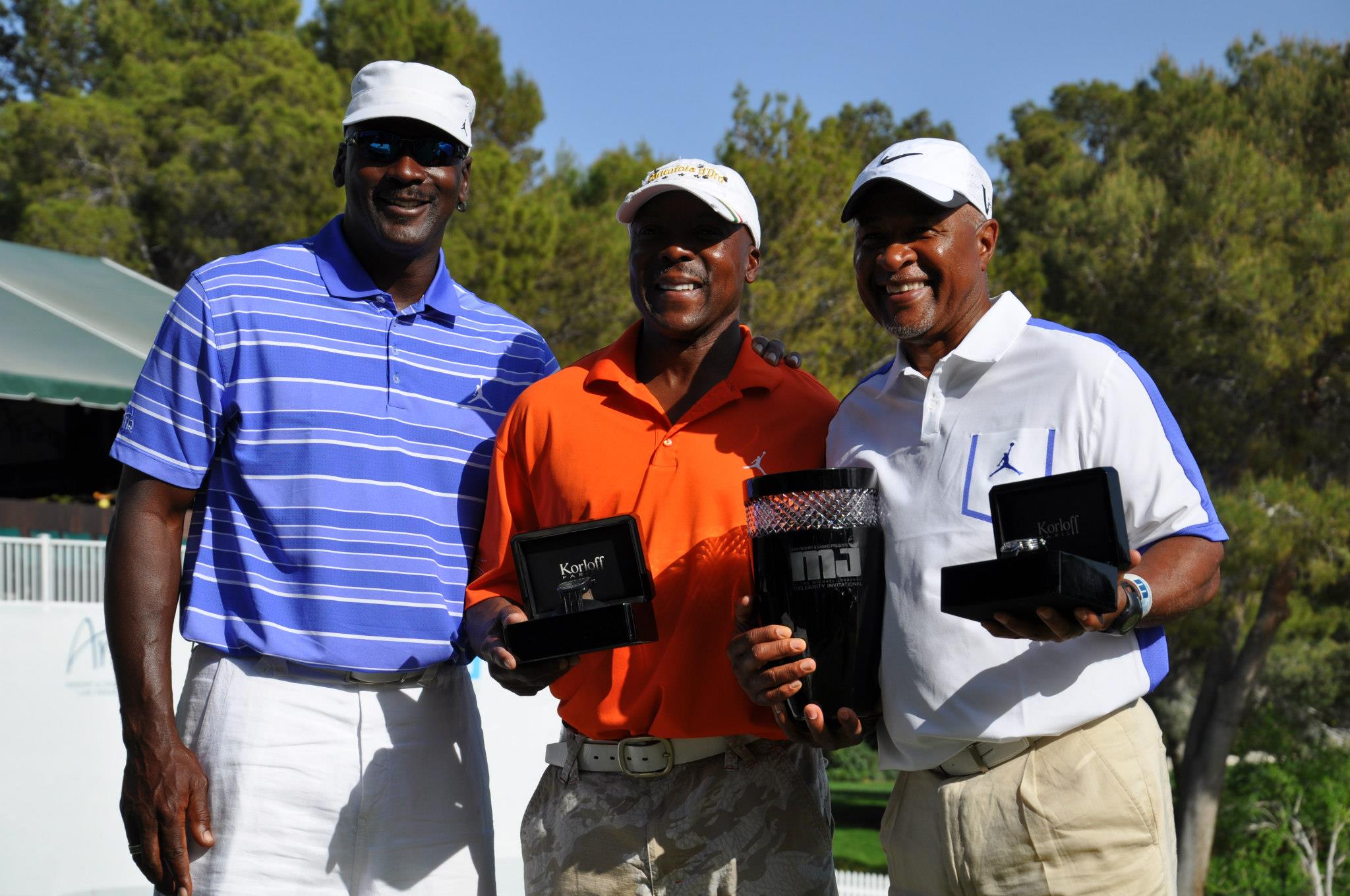 Las Vegas, Nevada (April 9, 2013)–Vince Coleman and Ozzie Smith combined for more than 1,300 stolen bases in their Major League Baseball careers, and over the weekend at Shadow Creek in Las Vegas, the duo added another 'steal' to the trophy case: a win at the 2013 Michael Jordan Celebrity Invitational. The duo combined for a two-player team score of 11-under par, which included back-to-back birdies on 17 and 18 in the final round to snatch the title away from Wayne Gretzky and Ahmad Rashad, who bogeyed the final two holes. Overall, the event raised $500,000 for charity. –By Brian Hurlburt.

“I told Michael ‘give me my teammate. I know Ozzie and I love him. If there is anyone I want to go down swinging with it’s him.’," said Coleman, who played on the St. Louis Cardinals with Smith when they won the World Series in 1987. "We’ll definitely be back but we won’t be able to defend together, because if I know Michael, he won’t make us partners again.” Early word is that the event will return to Las Vegas in 2014 for the fourth year in a row. Smith and Coleman each earned $20,000 for their personal charities.

Defending champion Brandi Chastain and her teammate this year, Ken Griffey, Jr., shot a seven-under par 65 to take the lead after day one. However, the All-Star athletes struggled on Sunday and finished the 36-hole tournament at three-under, 141. Fan favorite, NBA legend and tournament host Michael Jordan teamed up with NFL Super Bowl champion and “sack master” Dwight Freeney to finish in a tie for ninth at Even par, 144.

Bringing additional fun and laughter to the tournament, the multi-talented Will Smith lent his support to friend and tournament host Michael Jordan when he attended the gala celebration Friday night at the host resort, ARIA, headlined by musical star John Legend and again Saturday for the first round of the celeb-only tournament. At Shadow Creek, Smith appeared on the first tee and was introduced by the announcer as “the guy who’d like to play the role of Michael Jordan,” and the crowd roared.

Hosted at Shadow Creek, MJCI marks only the third time the exclusive golf course has opened its doors to the public. Proceeds from the charitable tournament are benefitting the Make-A-Wish, James R. Jordan Foundation, Opportunity Village and Cats Care, the NBA’s Charlotte Bobcats’ charity arm. Since its inception in 2001, MJCI has raised more than $6 million for over 45 charities.