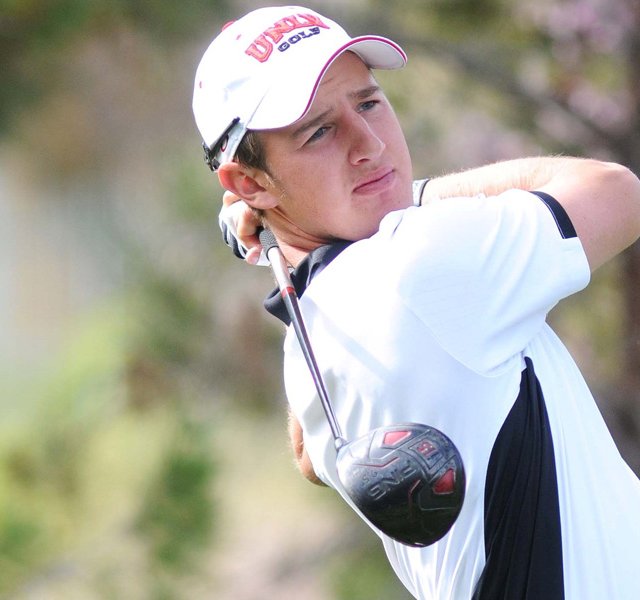 Las Vegas, Nevada (UPDATE: May 5, 2013 11:16 AM PST)–It has been a banner year for PGA Tour and LPGA Tour pros who have strong ties to Las Vegas golf courses. And this week's Wells Fargo Championship is just more proof to the power of this contingent. After the first round, two former UNLV golfers and a Las Vegas Golf Region resident were tied for the lead, and as this is written, the three were still challenging for the win during the final round. But  PGA Tour rookie Derek Ernst stood alone and won the event. Earlier this year Inbee Park won her second major and Adam Scott became the first UNLV golfer to win a major when he was victorious at The Masters. –By Brian Hurlburt, Follow @LVGolfInsider.

The other two pros challenging were former UNLV All-American Ryan Moore, and Nick Watney, who moved to the Las Vegas area several years ago. And with the weather causing schedule delays and earlier tee off times, UNLV Head Coach Dwaine Knight's strict training regimen was paying dividends for Ernst. Ernst, who earned his PGA Tour card via Qualifying School in 2012, was an alternate heading into the tournament, and credited the discipline instilled while he was a Rebel for helping him to roll with the punches and uncertainty during the week. "At UNLV I had to wake up at 5 a.m. every other morning, so time really is nothing," Ernst told the media following the final round. "If I have to wake up early or not, it is what it is. You have to go play at any time of the day." Ernst was a two-time Mountain West Golfer of the Year while a Rebel, and played on the USA Palmer Cup team in 2012.

The depth of talent of those living in Las Vegas and/or who grew up here or played at UNLV is immense. Park earned two Nevada State High School championships while at Bishop Gorman, and Scott was a Rebel golfer as a freshman in 1998-99 when he finished T11 at the NCAA Golf Championships. Park became the youngest golfer in history to win the US Womens Open in 2008 and then won the Kraft Nabisco Championship earlier this season.