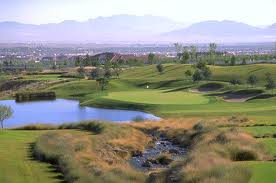 Las Vegas Golf Hall of Fame member Brady Exber believes the field is about as deep as any in recent memory for the local qualifier. Others in the field currently are 2011 Nevada Open Champion Drew Scott as well as UNLV Golf team members Carl Jonson, Blake Biddle, Kurt Kitayama, and Nicholas Maruri. Ernst and Riegger are paired together, and former UNLV golf star Mike Ruiz–who was the low player in the Local Qualifier in 2012 at DragonRidge Country Club–is also in the field playing in a group with former SNGA president Steven Fink and Jonson.

The private TPC Summerlin is a PGA Tour course and is the home of the PGA Tour's Shriners Hospitals for Children Open played each fall in Las Vegas. The course will be very familiar to many in the qualifier because the PGA Tour pros and other top amateurs play and practice at the course on a steady basis. The sister course to TPC Summerlin is Las Vegas resort golf course TPC Las Vegas.

The USGA received a record number of entries for the 2013 U.S. Open Championship at Merion Golf Club in Ardmore, Pa. The total of 9,860 entrants eclipses the previous mark of 9,086 for the 2009 championship at Bethpage State Park’s Black Course in Farmingdale, N.Y. Among the record total are 52 players, including 11 past champions, who are currently fully exempt into the field.

“The fact that we have a record number of entries, from across the world, is a testament to both the great appeal of the U.S. Open and the historic nature and grandeur of Merion Golf Club,” said USGA Executive Director Mike Davis. “We look forward to both local and sectional qualifying, conducting the 2013 championship in the Philadelphia area and identifying this year’s United States Open champion."