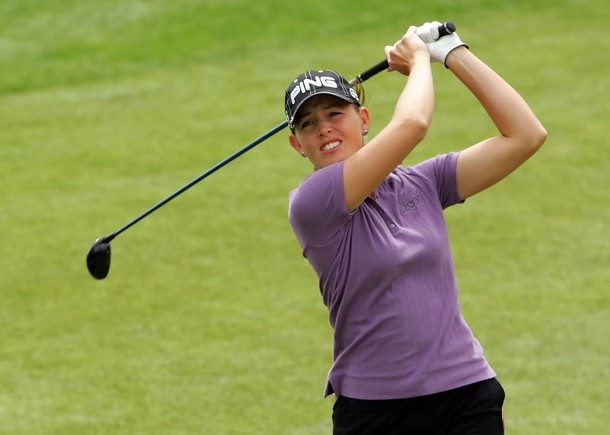 Louden grew up in Las Vegas (Keever is her maiden name), earning accolades as a high school golfer in addition to junior golf. She won the state title in 1996. She played collegiately at Stanford, earning a degree prior to turning professional. She has earned two top 10 finishes in her career and more than $700,000 in total earnings. She also served on the executive committee for the LPGA Tour from 2006-08 and was vice president in 2008. She now resides in Texas with her husband, Mike, and son, Lucas.

As a junior, Louden competed on the American Junior Golf Association (AJGA) circuit, where she was a Second-Team All-American from 1995-96 and an Honorable Mention All-American in 1997. She competed in the 1996 State Farm Rail Classic on a sponsor exemption and recorded a hole-in-one during the second round. Louden’s impressive amateur career took off after she won the 1997 Women’s Western Amateur Championship. From 1998-99, she was a quarterfinalist at the U.S. Women’s Amateur Championship. In 1998, she was a finalist at the Women’s Trans-National. She won three collegiate tournaments and was a four-time All-American at Stanford. In 2000, Louden was a member of the U.S. Curtis Cup and World Amateur Teams.