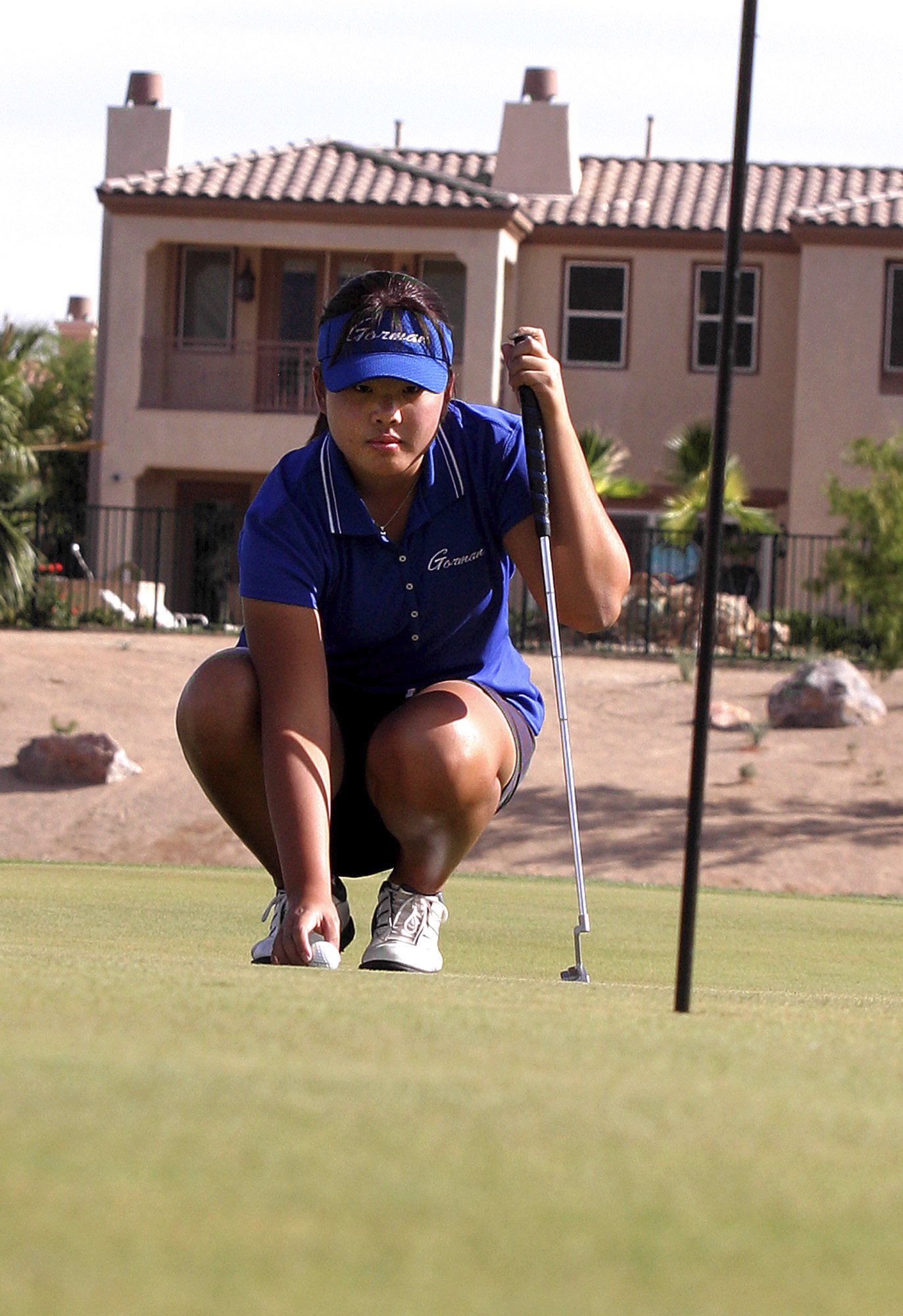 Las Vegas, Nevada (UPDATED June 30, 2013)–Last year, this writer and a co-writer compiled the history of professional golf dating back about 60 years to the playing of the Tournament of Champions in Las Vegas in 1953. City of Champions: The History of Professional Golf in Las Vegas, came out in September of 2012, and ever since, Las Vegas golfers have been racking up majors one after the other. Inbee Park, who won two Nevada State high school golf titles while playing at Bishop Gorman, won the first two LPGA Tour majors of 2013. And Adam Scott, who played at UNLV as a freshman, won the PGA Tour's The Masters. And now, Park stands to be the first LPGA Tour golfer in 60 years to win the first three majors of a season. She led the U.S. Women's Open heading into the final round by four shots. –By Brian Hurlburt, Follow @LVGolfInsider.

Park knows history is looming, but is trying to keep everything in perspective. "It's tough not to think about it, but I just try to think that it's not a big deal," Park told the media following the second round. "If I want to do it so much, it's just so tough and it puts too much pressure on you. I try to not think about so much."

Park, who won the Kraft Nabisco Championship and the Wegmans LPGA Championship earlier this year in addition to three other regular Tour events, is trying to become only the second player in LPGA history to win the first three majors in a season. Babe Zaharias accomplished the feat in 1950 when she won all three majors played that year – the Titleholders Championship, the Women’s Western Open and the U.S. Women’s Open.

Park will draw on her previous experiences to try and finish off career major victory number four. In 2008, Park won the U.S. Women's Open, becoming the youngest player to ever win the prestigious championship. "I think I'm just a lot more experienced, and I think I've been in contention a lot of times," said Park. "So I don't feel as pressured as before. You know, when I'm in the winning position, I know what I need to do. I just don't get as nervous as before." Qoutes from: ASAPSPorts.com