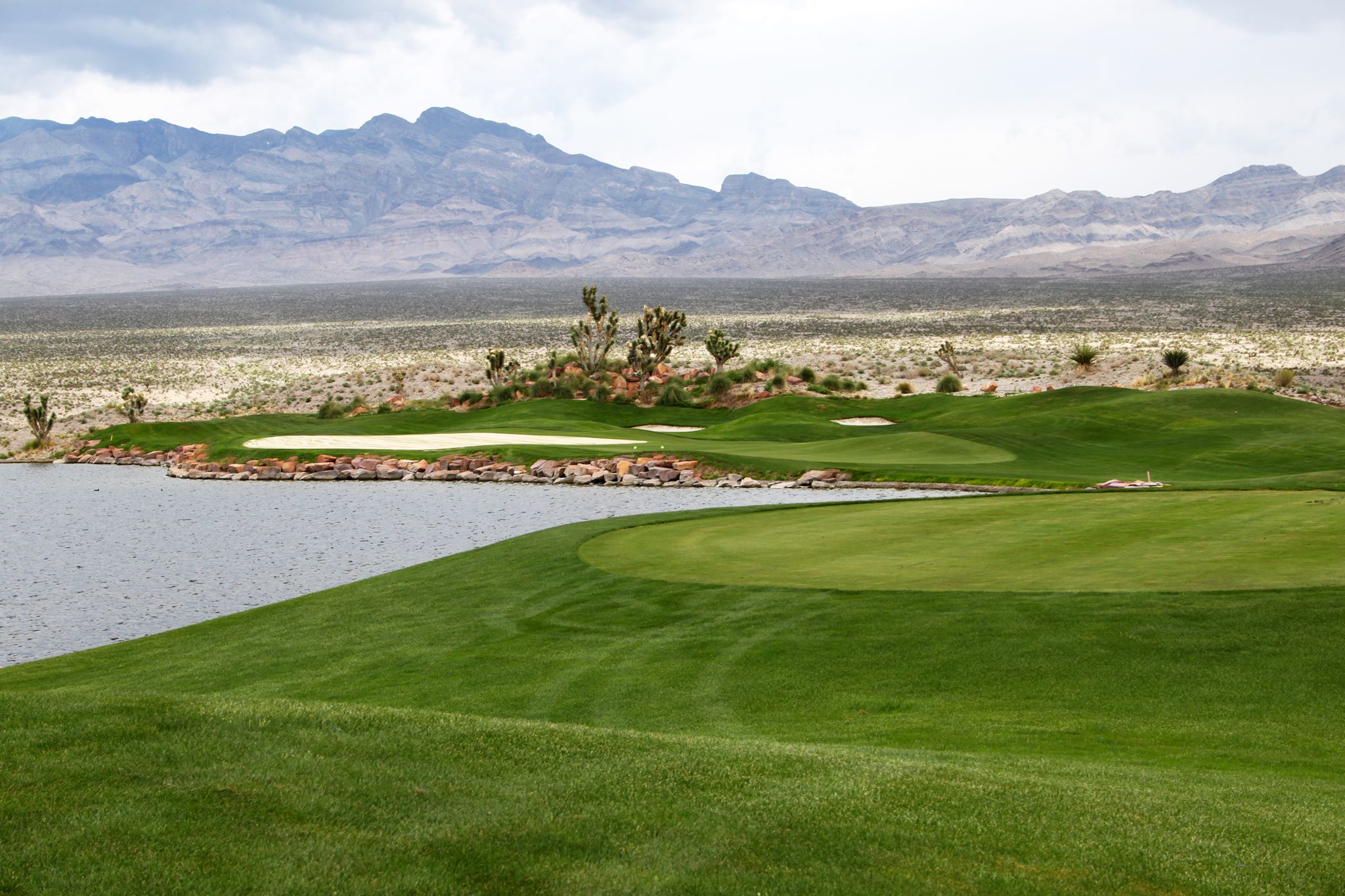 Las Vegas, Nevada (September 11, 2013)–Las Vegas Paiute Golf Resort General Manager Chad Gunier–and Tribal leaders and his Paiute staff–say that repair efforts are in full swing on the three Pete Dye golf courses at the resort. The courses have been closed since major flooding damaged all three courses a couple weeks ago. But contrary to "rumors" the courses will be back to the shape that customers at the Resort expect sooner than later. "Be assured that the property will be opening soon and up to the standards our clientele expects," wrote Gunier in a letter to members and guests and shared with media. –By Brian Hurlburt, Like on Facebook.

The resort staff has been posting photos to Facebook which show the progress being made at the resort. And there are currently three crews–two from out of state–working on the repairs to the courses and some of the infrastructure that was damaged. The resort is the home to The Wolf, Snow Mountain, and Sun Mountain courses. Snow Mountain is scheduled to open October 1 and will be followed by Sun Mountain on November 1. The Wolf timetable is TBD because pumping stations were damaged and will take longer to repair. For continual updates, visit the Paiute on their Facebook page.

"There are many rumors about the state of the resort," wrote Gunier. "Let me begin by saying that we are not closed permanentaly, the Wolf does not look like the Grand Canyon, and the membership options will be enhanced to acommodate our regular golfers. We simply had to temporarily shut down operations while we renovate the courses affected by the storms on August 25. The Las Vegas Paiute Golf Resort is know for its quality products and services, and will only open golf courses that are in good condition."

As part of the renovations and repairs, the crews are also taking the opportunity to aearate the greens and make other scheduled improvements. Gunier also detailed some of the damage incurred to the golf courses stating that Snow Mountain was the least impacted but some holes needed to be re-sodded. But Snow Mountain conditions are expected to be very good upon the October 1 opening.

Sun Mountain incurred the majority of damage on holes four and five but no greens were severely damaged. The Wolf was damaged the most, but not as much as the public was led to believe. Hole 15 was badly damaged and the island green is being renovated. The timetable of The Wolf re-opening will be determined as the grasses grow in and by how the cool weather impacts the process.

Fans of the resort have expressed support, including a message from longtime member Randy Allen on the Paiute Facebook page: "Sad to hear Mother Nature has dealt such a severe blow to truly the best golfing facility in the Vegas area if not the entire west … My thoughts and prayers go out to all the service employees at Paiute who are being affected by the temporary closure of our Golf paradise."

Other fans expressed their desire to be one of the first to play the courses upon the re-opening.