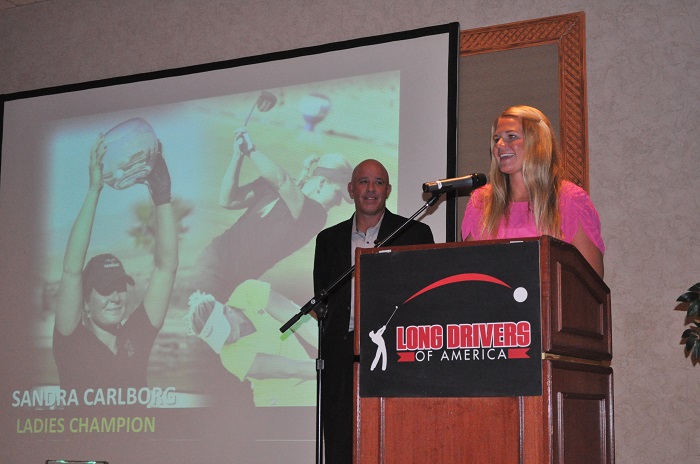 Las Vegas, Nevada (September 20, 2013)–Golfers from all over the world are in Mesquite, Nevada, this week for the annual RE/MAX World Long Drive Championship. And when we say all over, we mean all over. Golfers from across the world are attempting to earn championships in one of seven divisions. Six of the division champions will be determined Saturday, September 21, while the Open Division Finals will be determined at Las Vegas Motor Speedway on October 30 and live on Golf Channel. But the message of Mesquite being a quality golf destination is being carried a long way. –By Brian Hurlburt, Like on Facebook.

“It's so exciting for me to watch highlight videos of players qualifying around the globe,” says Art Sellinger, a former two-time champion and member of the Halls of Fame of Las Vegas Golf and Long Drivers of America and the owner of Long Drivers of America. “Just knowing they are teeing up that ball and taking their best shot to qualify for Mesquite is awesome to me. Players eight thousand miles away hitting practice balls, training in the gym to try and win the most coveted title in long drive, is very rewarding, and it shows me the global respect internationally for what we are doing.”

One of the most notable international qualifiers is Johan Tumba, from Sweden, a former Long Drivers of America Player of the Month. He was the first European player to be honored with that distinction when the award was bestowed upon him in 2009. That year he was the runner-up in the Senior Division. Sandra Carlberg, also from Sweden, was the February 2013 Long Drivers of America Player of the Month, and is the two-time defending Ladies Division Champion. She has again qualified for the Ladies Division Finals. Click now for Live Scoring from Mesquite.