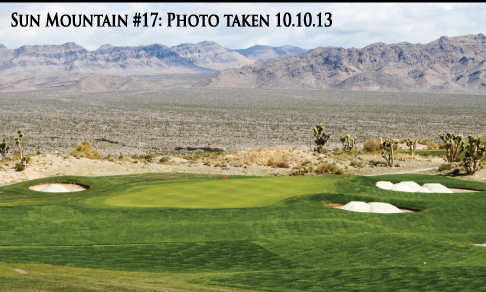 Las Vegas, Nevada (October 23, 2013)–For some reason, whenever we here at GolfLasVegasNow.com think about Pete Dye's Sun Mountain course at the Las Vegas Paiute Golf Resort re-opening after flood damage repairs, the first thing that pops into our head is the song, "Here comes the Sun" by The Beatles. Sun Mountain re-opens November 1 after being closed for two months and successfully being brougth back to top condition. Snow Mountain has been open since October 1 and has received rave reviews and the expectations are the same for Sun Mountain upon its re-opening. So it's just like George Harrison wrote and sang so many years ago: "Here comes the sun, and I say it's alright, little darling, the smiles returning to the faces." –By Brian Hurlburt, Like on Facebook.

Throughout the entire closure–which occurred in late August following major damage caused by flooding that occurred due to the Carpenter 1 forest fire–Las Vegas Paiute Golf Resort management has been posting before and after photos of the repair and renovation process. Golfers have been very appreciative, including one Facebook Fan, Holly Kristal Pribyl: "The thing that I love the most out of this temporary tragedy is how you are posting the flood damaged pictures with the new look at the exact same angle. Amazing. Bravo."

The only three Pete Dye signature courses in the Las Vegas Golf Region are located at the resort, and within days of the damages, General Manager Chad Gunier, tribal leaders, and staff had enacted a plan to return the courses to glory. The efforts have been very successful.

“From the moment we made the decision to close the courses because there was no way to deliver a Paiute-caliber experience due to the damage incurred we started to create and then execute a plan to re-open as soon as possible,” said Gunier a few weeks ago as Snow Mountain was about to open. “Our tribal leadership was 100% behind us every step of the way and gave us every resource that was needed. The end result is that golfers will, again, play golf courses that are up to our standards and that of World Golf Hall of Famer Pete Dye, the designer of the courses. Throughout the entire process our loyal golfers and supporters have been very supportive. A positive of this situation has been that we have gained an even deeper appreciation for how much our golf courses are loved and enjoyed by visiting and local golfers.”

The Wolf Course is expected to re-open by the end of 2013. 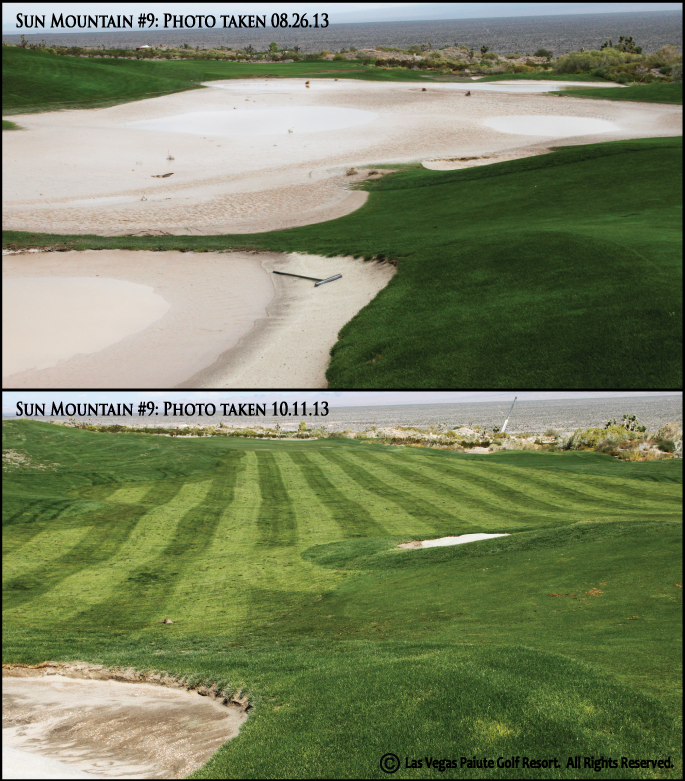