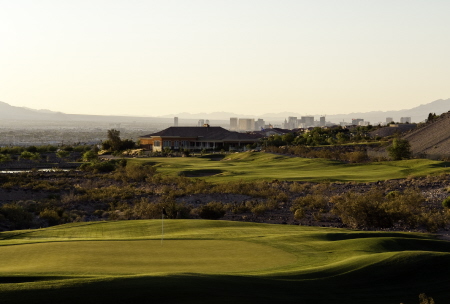 Las Vegas, Nevada (November 3, 2013)–Jason Day, Billy Horschel, and Boo Weekley are scheduled to represent the PGA Tour in the annual Wendy's 3-Tour Challenge at Las Vegas resort course Rio Secco Golf Club. The event features a weekend-full of festivities highlighed by the pro competition of three-player teams from the LPGA Tour, PGA Tour, and Champions Tour dueling for cash and Tour pride. The event is open to the public on November 12. The premeire national television air date will be December 18 at 8 PM EST on Golf Channel. –By Brian Hurlburt, Like on Facebook.

Now celebrating its 22nd anniversary, the Wendy’s 3Tour Challenge, benefiting adoption, is the only professional golf tournament that pits three players from the PGA TOUR, LPGA Tour and Champions Tour against each other in a head-to-head competition for tour bragging rights and a share of the $1 million purse.

Gracefully draped across 240 acres in the foothills of the Black Mountain Range and located 15 miles from the Las Vegas Strip, Rio Secco Golf Club is renowned for its world-class golf experience and acclaimed Butch Harmon School of Golf.  The 7,318-yard, par 72 course was named in USA Today newspaper among the “Top Ten Golf Destinations in the World.”  Offering instruction for newcomers and professionals alike, The Butch Harmon School of Golf is famed for working with such talents as Tiger Woods, Greg Norman, Ernie Els, Phil Mickelson, Stewart Cink, Dustin Johnson and Natalie Gulbis. Located in Henderson, Nevada, Rio Secco is a Caesars Entertainment golf destination.  Other Caesars Entertainment golf courses are:  Grand Bear, in Biloxi, Mississippi; The Links at Cottonwoods, in Tunica, Mississippi; the historic Atlantic City Country Club, in Atlantic City, New Jersey; Chariot Run, in Laconia, Indiana; and Cascata, in Boulder City, Nevada. Check out more information for Rio Secco.

"Over the years I have played a lot of the courses in Las Vegas," remembered Price prior to the 2010 Wendy's event, also played at Rio Seccco. "I have played shadow Creek, and I played right behind Chip Beck in 1991 at Sunrise Country Club when he shot 59 in the Las Vegas Invitational, and I got to watch a little bit of that. … When you see what Vegas has to offer as far as entertainment and everything, golf courses are right there with it. Anyone that comes out here gets to pick from so many golf courses and they are all within a 40-minute drive of the Las Vegas Strip. Rio Secco (and other courses) are wonderful so it’s a great place to come and play golf. Play in the morning or afternoon and then go to show or then try to win some money. It is such a great place to come here. Las Vegas is a dream world."

The PGA Tour team is full of some of the brightest young stars in the game. Day is one of the brightest stars on the PGA TOUR. The 25-year-old Australian native turned professional in 2006 and earned his PGA TOUR card after finishing 2007 ranked No. 5 on the Web.com Tour money list. Day recorded his lone PGA TOUR victory in 2010 at the HP Byron Nelson Championship, which helped springboard him into a career 2011 season where he recorded 10 top-10 finishes, including two runner-up efforts on two of golf’s biggest stages, The Masters Tournament and U.S. Open Championship.

Horschel is a one of the PGA TOUR’s most exciting young stars. The Florida native was a three-time first-team All-American for the University of Florida Gators before turning professional in 2009. Horschel gained rookie status that same year through PGA TOUR Qualifying School but his 2010 season was cut short in late February by a tendon injury to his left wrist that required surgery. He earned a Major Medical Extension for the 2011 season and recorded three top-10 finishes over the next two years.

Weekley is making his second Wendy’s 3Tour Challenge start. He will try to remain undefeated in 3Tour competition this November at Rio Secco Golf Club after posting a victory in 2010 for the PGA TOUR team with Bubba Watson and Dustin Johnson. Weekley had a banner 2013 PGA TOUR season. He recorded his third-career PGA TOUR win during the Crowne Plaza Invitational at Colonial to go with three other top-10 finishes, including a runner-up effort at the Tampa Bay Championship presented by Everbank.