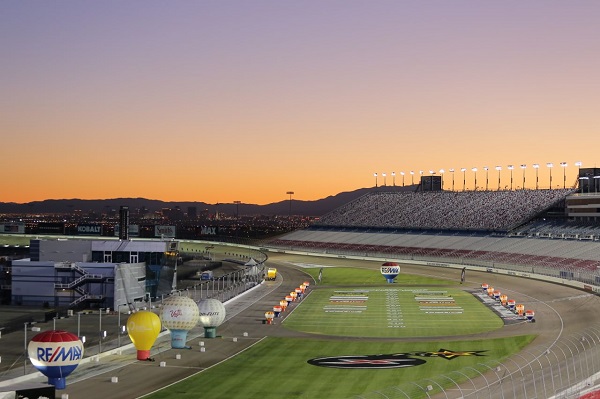 Las Vegas, Nevada (November 25, 2013)–Bali Hai Golf Club and Royal Links Golf Club are two, themed Las Vegas golf courses, and in October they were the host courses for the RE/MAX World Long Drive Championship Pro-Am. The two-days of golf proceeded the first-ever golf event in Las Vegas Motor Speedway history, when Tim Burke hit his final ball 427 yards to win the championship which was televised live on Golf Channel. Long Drive legends such as 5-time champion Jason Zuback and other champions like Mike Dobbyn and Sean Fister joined sponsors and VIPs for the golf at the courses. –By Brian Hurlburt.

"This was a tremendous event and partnership for us, and it was a thrill for our staff and some of our key partners to be involved with the RE/MAX World Long Drive Championship," says Josh Hill, Vice President of Marketing for Walters Golf, which operates the courses. "The guests enjoyed two great golf courses and then had the chance to watch golf history at Las Vegas Motor Speedway. It was a bonus for our courses to receive tremendous exposure during the telecast, including having two very key balls land on our logos during the championship match between Joe Miller and Tim Burke."

The logos of key RE/MAX World Long Drive Championship sponsors were painted on the infield grass of Las Vegas Motor Speedway, which was turned into a fairway and landing grid for the finals. The Bali Hai and Royal Links logos were at 400 yards, and both Miller and Burke bombed shots about 405 yards during the final match. The two shots were so close in distance that commentators and cameras couldn't determine who was farther prior to Burke's decisive blast. Golf Channel cameras spent extra time panning between the golf balls on the Royal Links and Bali Hai logos in an effort to determine the leader at the time.

"Both Bali Hai and Royal Links exude quality and uniqueness, two of the same attributes that Long Drivers of America competitors and competitions are known for," says Art Sellinger, owner of the RE/MAX World Long Drive Championship. "“The RE/MAX World Long Drive Championship took a step in an amazing direction this year. The crowd for the finals, the atmosphere, the venue – and a great Golf Channel production – all contributed to a dramatic finish with Tim Burke’s amazing 427-yard drive to capture the title. And our hospitality partners, Walters Golf and The Palazzo Las Vegas, played a big part in making this a terrific year."