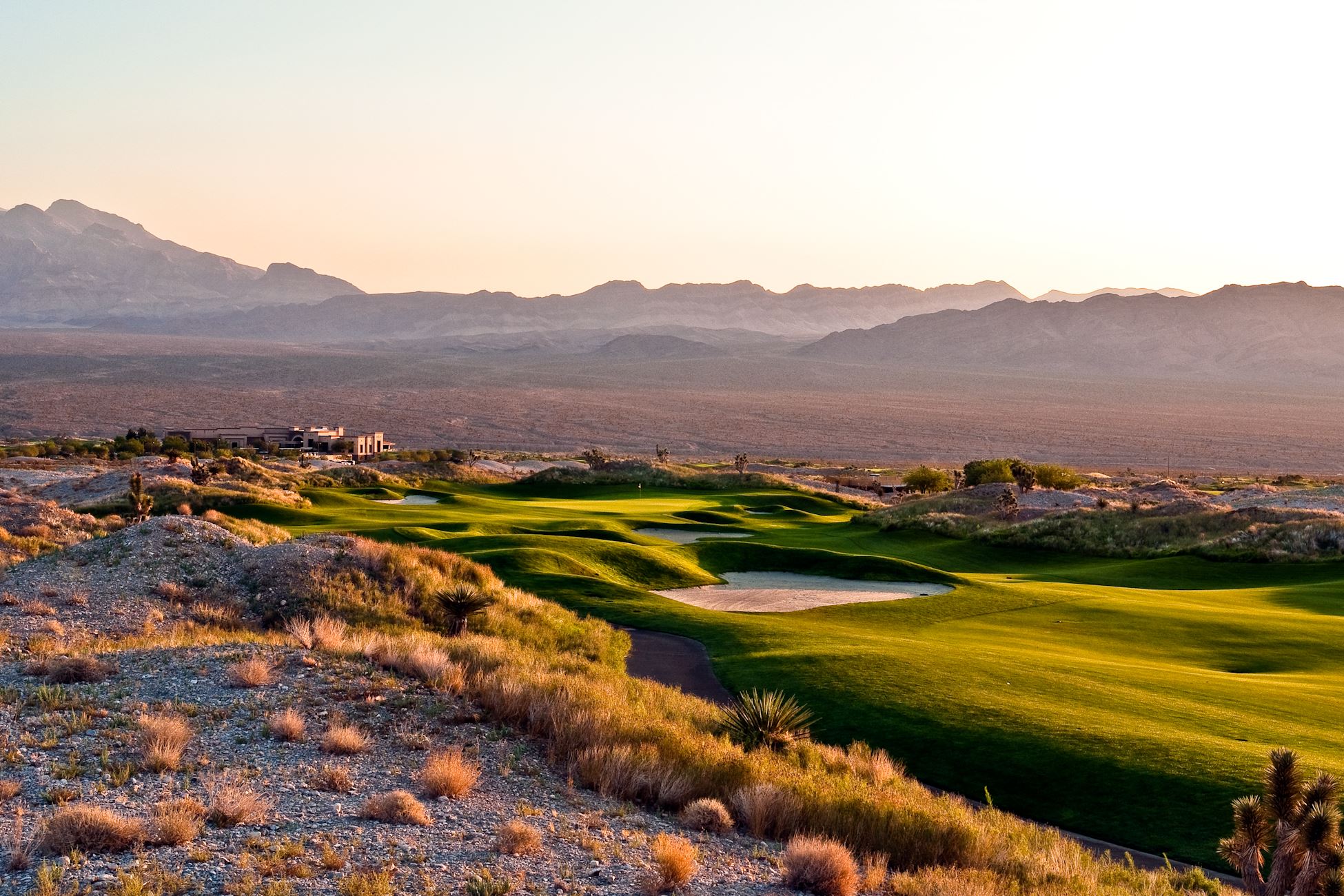 Las Vegas, Nevada (December 4, 2013)–Pete Dye twirled his design magic three times at the Las Vegas Paiute Golf Resort. The courses at the resort are the only three signature Dye designs in the Las Vegas Golf Region, and are routinely rated highly by media and everyday golfers. The course is ranked 9th in Nevada by Golfweek in the State "Best You Can Play" rankings, and the Wolf at Paiute is earning more accolades in 2014. The course is included in the "next 100" top resort courses in America for 2014, just outside the Top 100. The Wolf has been closed for a couple months due to flood damages but is scheduled to re-open as good as ever on January 1, 2014. Reserve tee times at Las Vegas Paiute Golf Resort now. –-By Brian Hurlburt.

"We are continually thrilled that our Pete Dye courses at Las Vegas Paiute Golf Resort earn accolades, and it isn't something that we take lightly," says Chad Gunier, Paiute GM. "We believe that achieving recognition such as we have from Golfweek is earned on a daily basis by providing quality conditions and service. And that is always an overriding goal here, and one we take very seriously. Pete Dye is a World Golf Hall of Famer, and we take inspiration from that to deliver the best to our guests each day and each round."

The Wolf at the Paiute was the third course to open at the resort, following Snow Mountain and Sun Mountain courses, both gems in their own right. The Wolf opened in 2001 to huge fanfare as part of the Shell's Wonderful World of Golf television series. Karrie Webb and Annika Sorenstam dueled in the match for the iconic television show. Webb fired a 64–still a course record–while Sorenstam fired a sweet 65.

The Wolf measures more than 7,600 from the tips and is described like this by Paiute officials: "The most difficult layout at The Paiute also holds the record as the longest course in Nevada. Marrying remarkable length with raw beauty, the course is infamous for its severe undulations, alternate landing areas, and a stunning 15th hole island green."

And here is a recent TripAdvisor review (prior to resort closing for flood damage): "I have been going to Vegas (mostly for golf) for the past six years, usually in mid-October. I always play two of the three courses here each time (Snow Mountain, Sun Mountain & Wolf). All three are fabulous! Wolf is the most challenging and my favorite. Love the #15 hole, island green! The courses at Paiute are well manicured and greens run true."