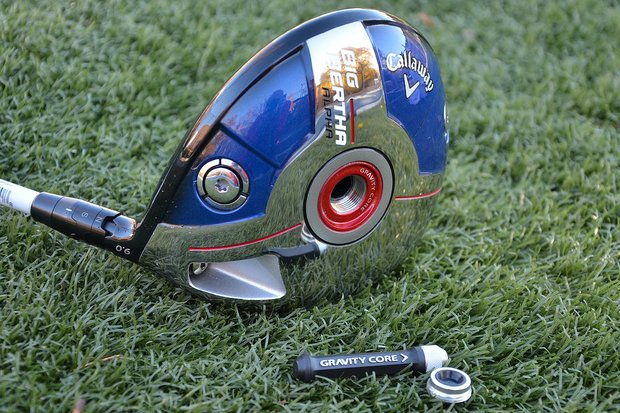 Las Vegas, Nevada (December 7, 2013)–The Big Bertha is the club that changed the game of golf forever. The original Big Bertha was created by pool cue designer Dick Helmstetter, who recently spoke on behalf of Las Vegas golf course owner Bill Walters during the 2013 Las Vegas Golf Hall of Fame induction. Walters and Richard C. Helmstetter met in the late eighties in the San Diego area while Helmstetter was testing the new driver, and Walters was one of the first to hit the club and provided input on to Helmstetter. Walters also helped bring Helmstetter and former Senior PGA Tour Player of the Year Jim Colbert together for a sponsorship deal. The original club debuted in 1991 at the PGA Show and was the first oversized metal driver. Now, in early 2014, the next phase of the Big Bertha will debut and is said to be available to the public on February 14. The clubs and other new Callaway equipment will be available at the two Las Vegas Golf and Tennis locations at that time. –By Brian Hurlburt.

The Big Bertha name will be used for two new drivers and a line of fairway metals. According to Golfweek writer James Achenbach, there will be a Big Bertha driver and a Big Bertha Alpha driver. They will be similar but carry unique differences. From Achenbach: "These drivers are overflowing with adjustability. The one called simply Big Bertha ($399) features a sliding weight device on the back of the head. The other, Big Bertha Alpha ($499), has four methods of adjustment for different flight patterns.

"Big Bertha features adjustable perimeter weighting with its sliding weight channel at the back of the club. According to Hocknell, the location of the entire sliding mechanism helps maintain high MOI (resistance to twisting), no matter where a player chooses to move the weight. Loft adjustment can be made with the OptiFit hosel, creating a loft range of one degree stronger or two degrees weaker than the stock loft. Golfers can choose from 9, 10.5 and 13.5 stock lofts. The OptiFit hosel also allows a golfer to adjust the face angle between neutral and draw settings.

"The length of the Big Bertha is 45.5 inches. The swingweight is D2. The head weight is 199 grams, which brings this driver back into the weight range of a normal, non-adjustable driver."

There are two Las Vegas Golf and Tennis locations in the Las Vegas Golf Region, and both will featured the Big Bertha line. Check out LVGolf.com for more information.