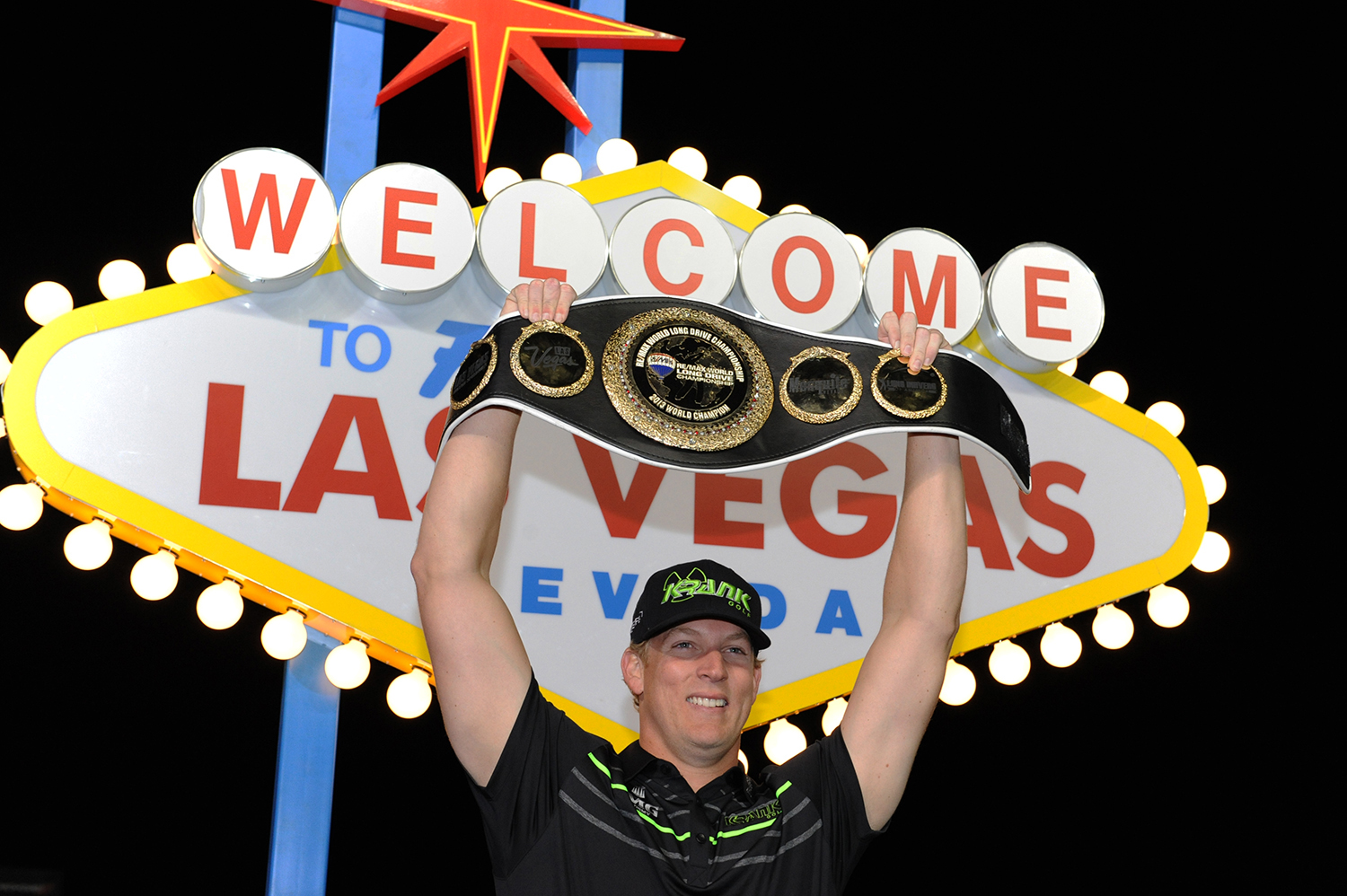 Las Vegas, Nevada (December 27, 2013)–Go big or go home golf style is coming to NBC on December 28 at 1 PM PST (4 PM PST). The longest drivers of a golf ball in the world will be highlighted during an hour-long show, marking the first time in history that the sport of Long Drive will get such substantial network coverage. The RE/MAX World Long Drive Championship finals were televised live on Golf Channel on October 30 direct from Las Vegas Motor Speedway. And re-airs of that show plus the three leading up to the finals have aired multiple times nationally and internationally. Overall, the sport has received unmatched exposure and the future is bright. Tune in on Saturday for the highlight show on NBC network television. –By Brian Hurlburt

The Finals came after about a week of qualifying events in Mesquite, Nevada. An "October 8" was determined who then teed it up under the lights on Golf Channel. It was a golf spectacle unlike anything ever seen with 400-yard drives cascading down from the bleachers to the racetrack infield.

"I'm excited that we will reach numerous new fans with the debut airing of the RE/MAX World Long Drive Championship on NBC," says Art Sellinger, owner of Long Drivers of America and a former two-time world champion. "Christmas weekend is one of the most heavily trafficked television periods of the year. After more than 35 hours in the past 75 days on Golf Channel the icing on the cake is definitely NBC Sports."

The event is produced and owned by Long Drivers of America is a dynamic golf event company that specializes in producing long drive events for professionals. The company is owned and operated by long drive pioneer Art Sellinger. Founded in 1995 and based in Roanoke, Tex., LDA is best known for staging the annual RE/MAX World Long Drive Championship, the premier event in power golf. The event has evolved into an international competition with power golfers from across the globe.  For more information visit www.longdrivers.com.Follow @LongDriversUSA.

RE/MAX was founded in 1973 by Dave and Gail Liniger, real estate industry visionaries who still lead the Denver-based global franchisor today. RE/MAX is recognized as one of the leading real estate franchise companies with the most productive sales force in the industry and a global reach of more than 80 countries. With a passion for the communities in which its agents live and work, RE/MAX is proud to have raised more than $120 million for Children’s Miracle Network Hospitals, Susan G. Komen for the Cure® and other charities. Nobody in the world sells more real estate than RE/MAX. Please visit  www.remax.com or  www.joinremax.com.

The Las Vegas Convention and Visitors Authority (LVCVA) is charged with marketing Southern Nevada as a tourism and convention destination worldwide, and also with operating the Las Vegas Convention Center and Cashman Center.  With nearly 150,000 hotel rooms in Las Vegas alone and 10.8 million square feet of meeting and exhibit space citywide, the LVCVA's mission centers on attracting ever‑increasing numbers of leisure and business visitors to the area.  For more information, go to www.lvcva.com or www.LasVegas.com.About Long Drivers of America