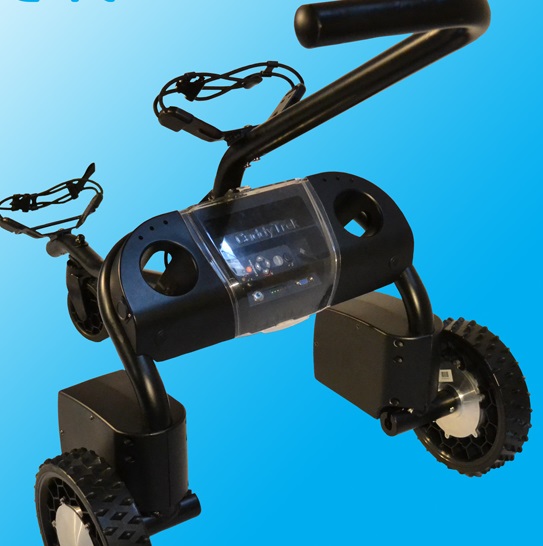 Las Vegas, Nevada (December 28, 2013)–The next big thing in golf just might have gotten its start in Las Vegas. And it involves golf caddies and a sighting of one of the most infamous creatures in the world. Well, kind of. A Las Vegas company has announced the release of The CaddyTrek Bigfoot which is an electronic robotic caddy that carries a golfer's bag and gear while allowing the player to control the caddy hands free. The Golf pull-cart, 22nd-century style is here. Enter to win a CaddyTrek now via the company's official website. –By Brian Hurlburt.

"These will allow golfers to walk and navigate the course with just a sensor attached to their belt—it's completely handsfree," said FTR Systems Director of Operations, Charlie Palmer. "Golfers will be able to rent the CaddyTrek Bigfoot at their local courses for a minimal cost." Palmer anticipates the product to be available in early 2014.

For golf course owners and managers, the Bigfoot offers less wear and tear on golf courses and faster play than drivable carts, while offering a durable and cost effective rental option for players. FTR Systems, Inc., a tech company specializing in robotics, saw initial success with its CaddyTrek CT2000BA Unit, a consumer product which uses much of the same technology as the new Bigfoot. Check out more at CaddyTrek.com.

Headquartered in Las Vegas, Nevada, FTR Systems, Inc. is a well established and respected technology company that designs, manufactures and distributes high quality and innovative electric mobile products. Our products are sold to many markets around the world through our distribution partners.