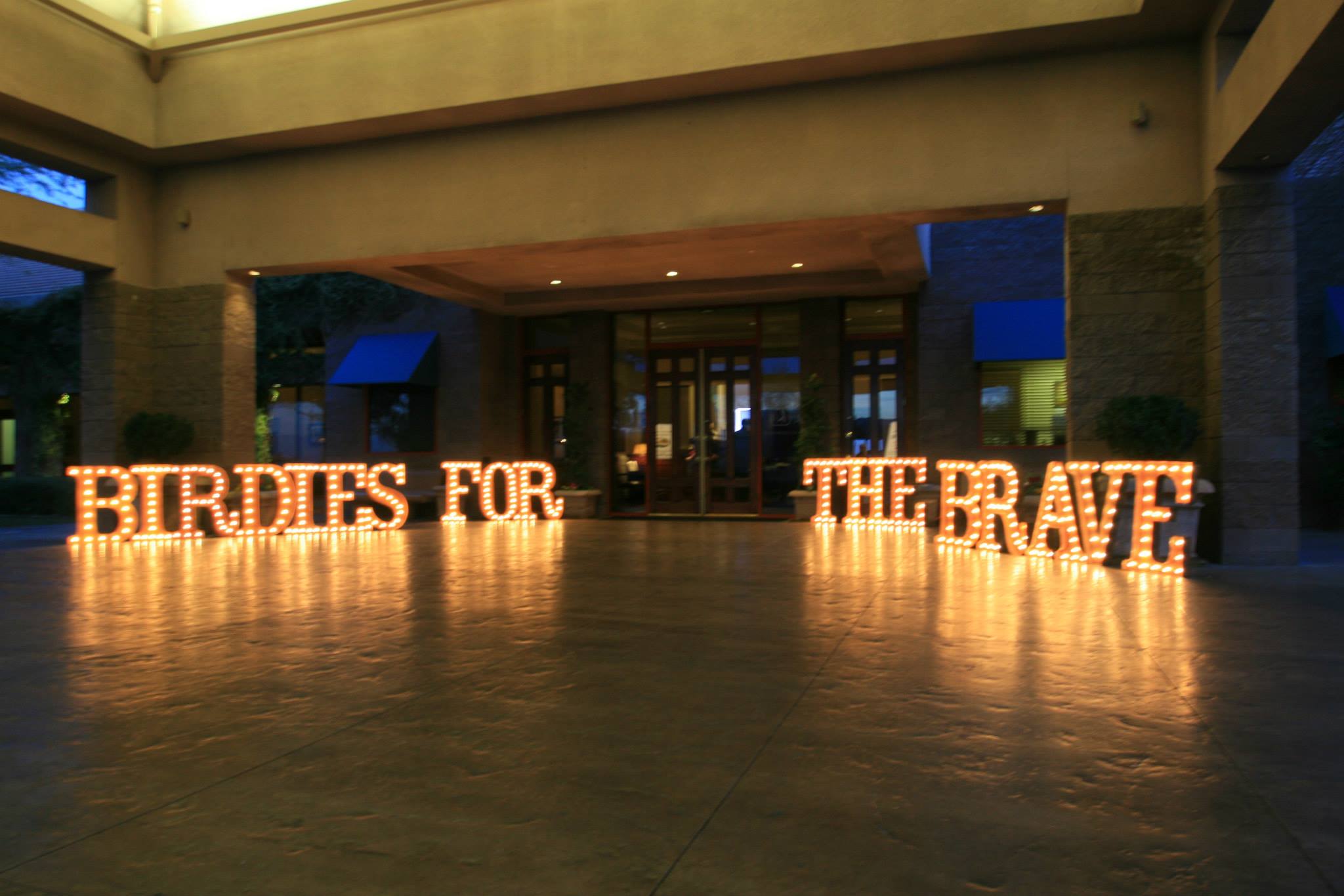 Las Vegas, Nevada (January 20, 2014)–Not many charitable golf tournaments leave participants humbled. But the recent Birdies for the Brave played at TPC Summerlin was one that most certainly did. The tournament, part of a national network of events played at PGA TOUR-owned golf courses, raised money and awareness for organizations that assist veterans and wounded warriors. The keynote speaker for the Vegas event was Joseph Maguire, Vice Admiral, U.S. Navy (ret), who exuded the class and overall excellence of Navy SEALs. He discussed helping the children of lost soldiers and also the release of the movie, Lone Survivor, which depicts a Navy SEAL mission. –By Brian Hurlburt

"Serving your country is extremely rewarding and enriching, and I had the honor of serving as a NAVY Seal for 36 years," said Maguire, who was one of several active and retired military personnel playing in the tournament. "People ask me why would I serve for 36 years, and I tell them there were a couple reasons: 1. For the last 10 years there was a war going on, and 2. I got to get up every morning and go to work with the best men in the world, and for me to have the opportunity to serve with people who are without a doubt the finest in every way and every caliber is better than being paid."

Maquire now serves as the president of the Special Operations Warrior Foundation (SOWF) which was started following the Desert One mission that took place in 1980. A helicopter went down during the operation. "We lost eight great men that day who left 17 children behind," said Maguire. "Their fellow men wanted to do something to help them so they decided they would pay for all of their kids to go to college. They initially passed the hat and raised some money, but then in 1995 they formalized the organization. Currently we have 139 children of fallen men in college, and another 568 in the pipeline. We have been able to provide enough money to these kids to completely fund their college educations. We believe that no child should be disadvantaged because their father lost his life in service to his country. We also feel that we want to give these children everything their father would have if was still living so that's what we try to do."

Among the next of kin being helped–and that will be helped in the future–by the Foundation are the 19 children of the 19 SEALs who were lost during Operation Red Wings which is being depicted in the movie, Lone Survivor. "The 19 American special operators who lost their lives in Afghanistan during Operation Red Wings were husbands, brothers, uncles and fathers," said Maguire. "This was a real-life mission. Nineteen children learned that fateful day that their father would not be coming home.

As it has for the past 33 years, the SOWF is supporting the sons and daughters of the special operators lost in the line of duty, with college educations, financial assistance, counseling, and, most importantly, a sense of family. Of the 19 surviving children from Operation Red Wings, the Special Operations Warrior Foundation has provided college funding for seven of the surviving children, of which three have graduated college. Five of the children are currently in high school and are in the college planning phase, working with the foundation’s scholarship counselors. The other seven children are in grade school.

Maguire believes that Navy SEALs are the best of the best, and must always be dedicated to the pursuit of perfection. "The word excellent means that you never quite attain it, but that you are always striving for perfection," said Maguire. "When you start off as a NAVY Seal you are trained very well, but then when you go off to combat you train more. And then you train again. And train again. And you continue to build on top of everything that you have learned. It's like getting your college bachelor's degree and then your masters and then a doctorate. People always ask me why is it that SEALs always strive for perfection and excellence. I tell them that in the game we are in, they bury the guy that comes in second."

TPC Summerlin is one of two Las Vegas golf courses owned and operated by the PGA TOUR. TPC Summlerin is private but TPC Las Vegas is a resort course that is open for all visiting and local Las Vegas golfers. The staffs of both courses worked together to raise more than $95,000 for the causes. Click now to view the official TPC Las Vegas website and to reserve your tee times at the course. Check out a photo gallery from the event here.

A PGA TOUR Charities, Inc. program, Birdies for the Brave is a military outreach initiative proudly supported by the PGA TOUR that is dedicated to supporting the brave men and women of the U.S. Armed Forces and their families. Since 2006, the TOUR has joined with PGA TOUR players and corporate partners to raise millions of dollars for military homefront groups that provide critical programs and services to meet the specialized needs of male and female wounded warriors as well as military families that served both pre and post 9/11.

Birdies for the Brave was originally created by PGA TOUR player Phil Mickelson and his wife, Amy, to support troops injured during combat. For each birdie or eagle made by Phil throughout the season, a contribution of $100 for a birdie or $500 for an eagle is made to Homes For Our Troops and Special Operations Warrior Foundation.

Birdies for the Brave fundraising benefits eight national military homefront groups that are approved by the Department of Defense. The outreach efforts of these groups scan the entire needs spectrum of military members and their families.  Please visit their individual sites to find out how they are supporting our troops.