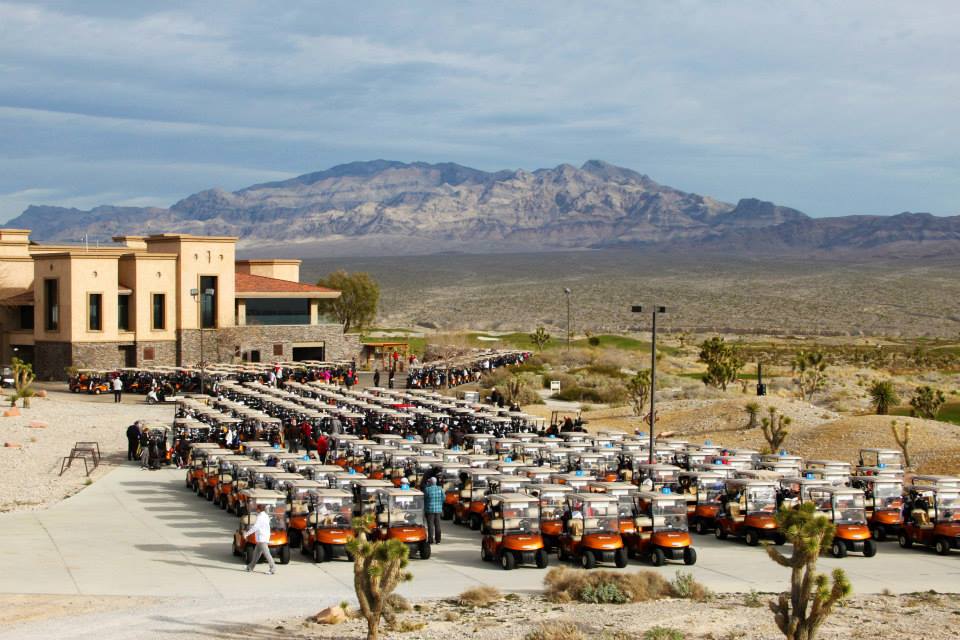 Las Vegas, Nevada (Updated February 4, 2014)–A pretty good way to spend Superbowl Weekend was to play in The Golf Channel Am Tour's annual Duel in the Desert which is played over the three Pete Dye golf courses at the Las Vegas Paiute Golf Resort. In fact, 432 golfers teed it up in the event which had to be expanded in 2014 to alleviate a long waiting list. By November 2013 (just a couple months after major flooding at the resort), the event was a sell out. The popularity of the tournament is a testamant to the golf courses, the city, and the quality of the Tour. Tournament organizers raved about the experience at Paiute, which has played host to the tournament–a major on the national tour–for several years.  –By Brian Hurlburt.

The event in 2014 was even more special for all involved because of the devastation caused by flooding on the three courses in August of 2013. Each course was closed, and Golf Channal Am Tour executives were very worried when they got a call in September alerting them that the Paiute was closed. The Vegas event is one of the most popular on the tour and Adamek, along with National Director/Events Kenny Booth, had tough decisions to make given that the event was less than six months away.

"We like to work with folks that 'get it', and certainly the Paiute management and tribal leadership 'get it'," says Booth. "They have done a tremendous job over the last several months getting this facility back to–in my opinion–even better than it was before. So from the Golf Channel side we like to partner with people like that. And certainly the city of Las Vegas is wonderful, and with Superbowl weekend we think it's a perfect match and we want to keep it here for a long time to come. We think it says a lot that we have 432 golfers here this weekend and the event was sold out two months ago."

Rick Adamek, Regional Director/Events, is still amazed at how good the conditions were at Paiute for the tournament given the circumstances leading up to the Duel in the Desert. "This is our second biggest event of the season so we had a lot at stake," says Adamek. "And I don't know many other facilities that would have put in the effort and energy to put it back in shape and done as good of a job as they have done here. It was monumental. It says a lot that they were able to do what they did in such a short time period. And they kept us in the loop during the entire process and never missed a deadline."

Adamek also believes that not only did Paiute staff do a terrific job bringing the courses back up to standard but, in general, the staff at the resort is at the top of their game when it comes to running tournaments. "Paiute is known for a great golf experience and it's the perfect setup for a big event like the Duel in the Desert with one clubhouse, three courses, and an all-in-one, easy to work with facility," says Adamek. "Because we are a national tour we work with a lot of golf courses around the country and I don't know of a better outside and inside staff. Everybody takes care of us and they work as an extension of our tournament committee. It's Superbowl weekend, it's Vegas, and it's great for everybody."

Check out the official Facebook page for Paiute for photos from the tournament. Stick to GolfLasVegasNow.com for more from the Duel in the Desert in the coming days. 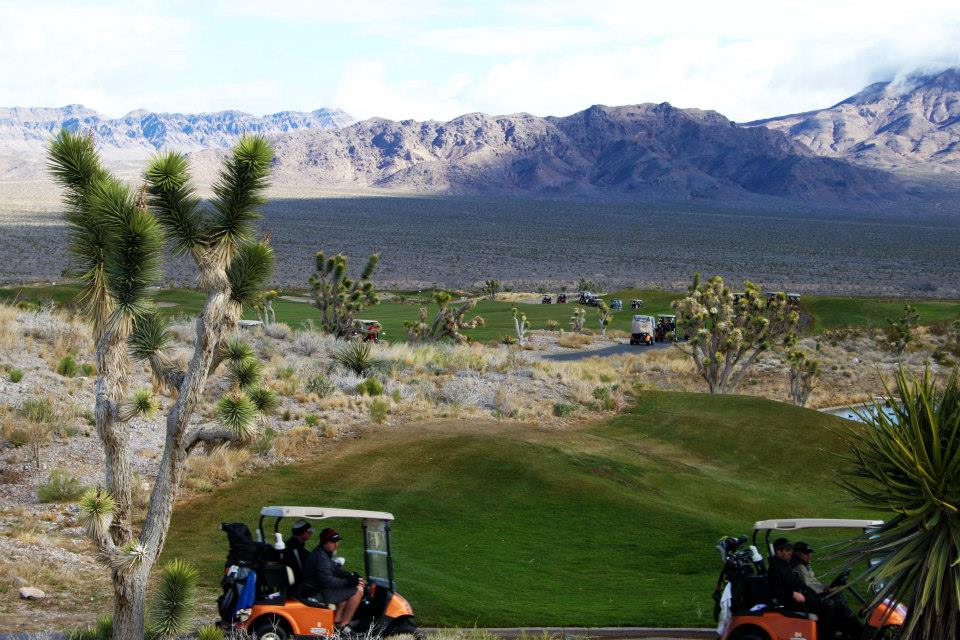