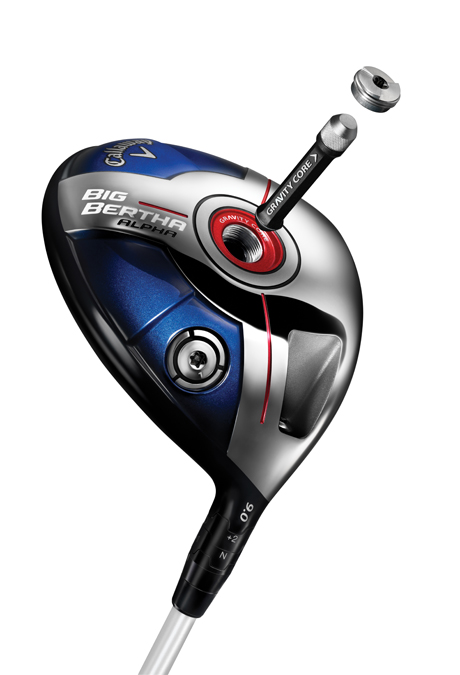 Las Vegas, Nevada (February 7, 2014)–The Callaway Big Bertha Alpha driver is getting rave reviews from all over the place. PGA TOUR Star Phil Mickelson is gushing over it and more locally, Las Vegas Golf and Tennis General Manager Fred Nepa is loving what he sees. The new driver was announced late last year but has just been released in Las Vegas. The Alpha is available at the two Las Vegas Golf and Tennis locations in addition to other retailers. "It's a game changer," says Nepa. –By Brian Hurlburt.

"The ability to lower spin rate without switching shafts is a huge asset," says Nepa about the gravity core technology. "That will bring your ball flight down and you will hit the ball longer."

Official Callaway Golf information reveals some of the more nitty-gritty details. "For the first time ever, the Big Bertha Alpha’s Gravity Core lets golfers adjust spin independently of launch angle, a natural (and dramatic) extension to loft adjustability in a driver head. This adjustability breaks the fixed relationship between launch angle and backspin for the first time, providing a major asset in the fitting process to find optimal distance for a wide range of players’ abilities.

"The Gravity Core sits within the club head in a carbon tube that connects the crown and sole. It has a tungsten end, weighing 10.5g, and a glass fiber reinforced body, weighing just 1.5g. The gravity core can be inserted into the club head two different ways, which allows golfers to change the vertical center of gravity and alter the spin rates based on how it is positioned. When the tungsten end is closest to the sole, it will create a lower center of gravity and lower backspin. When the tungsten end is inserted first and therefore closer to the crown, it creates more of a mid-CG (draw) position."

Mickelson is very excited about the driver and spoke about it during the Farmers Insurance Open. "As the clubheads have gotten bigger, my driving has gotten worse,” said Mickelson, who tied for second at the Abu Dhabi HSBC Golf Championship earlier this season. “Having the center of gravity lower and more forward has allowed me to make the same golf swing as my irons and hit the drives and the shots that I want and that I expect. It’s just made driving a lot easier. It’s just mind-boggling the way it’s made a difference in my game and it allows me to swing like it’s a 7-iron or a 5-iron, and my irons are the strength of my game. Now that I’m able to make the same swing with both driver and irons … I’m going to be able to be a much more aggressive player.”