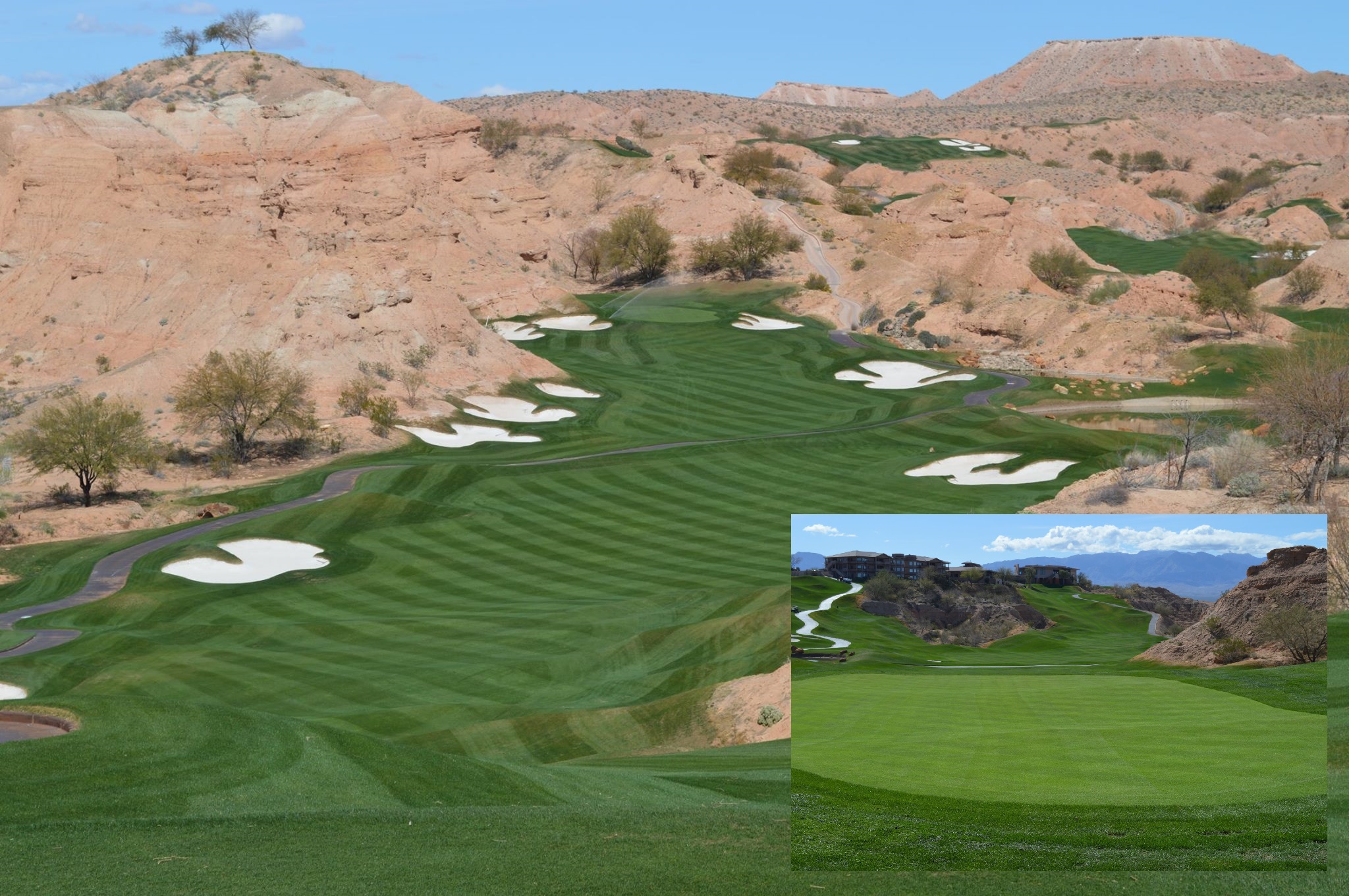 Las Vegas, Nevada (May 15, 2014)–Top 100 Mesquite, Nevada, golf course Wolf Creek is a fantasy course come to life. And now course management has announced that the popular unlimited summer Mesquite golf deal is back and runs from May 18-June 15. This special deal includes all the golf you can play over two days at Wolf Creek for just $200. This special unlimited golf deal is also available from September 19 – 30, 2014 as well. Plus there is also a special unlimited golf deal for all the golf you can play in one day at Wolf Creek and Falcon Ridge for just $99. That special deal runs from June 29 – August 31, 2014. Visit GolfWolfCreek.com for more info or call 866-252-4653, option 1 to reserve this deal or other tee times. –By Brian Hurlburt.

Wolf Creek Golf Club is back in shape following some green issues earlier in the year. A recent post on the official Facebook page of Wolf Creek proves this: "Course is in great shape – just got back after spending three days there," wrote Jamie Davis in his post.

The accolades continually flow in for Wolf Creek. Among them are from Wall St. Journal–Europe which called it a top 10 golf destination in the world. The course also won a Golf Digest Facebook contest and was named "fan favorite" from courses around the United States including Pebble Beach, Shadow Creek, and other legendary courses.

You can also reserve Mesquite golf vacation packages with the Eureka Casino Resort. Click now to view the Eureka which features restaurants, live gaming, a pool, and other attractions.

About Wolf Creek: "Opened in 2000 and continues to raise the bar when it comes to golf excellence. The par-72, 7,018-yard layout mesmerizes and challenges players from start to finish, no matter your playing ability."