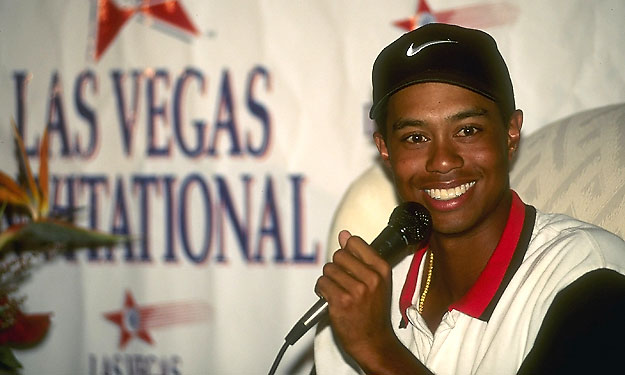 Las Vegas, Nevada (August 1, 2014)–It is a day and week in Las Vegas history that many won't forget. Tiger Woods, at the ripe old age of 20 and aided by a sponsor exemption from the Las Vegas Founder's Club, won his first PGA TOUR event. It came at the 1996 Las Vegas Invitational and in a playoff against superstar Davis Love III. Now golf fans the world over can relive that week–and recaps of  about 199 other big wins by other PGA TOUR stars–via a new PGA TOUR partnership with Itunes. Fans can now relive past tournaments and victories by some of the TOUR’s biggest stars dating back to 1990 through a collection of approximately 200 one-hour shows that encapsulate the action from each tournament. Click now to view the collection of videos that are available. –By Brian Hurlburt

There are two PGA TOUR owned and operated golf courses in Las Vegas. The TPC Las Vegas is a resort course and a previous host of events on the PGA TOUR. Click now to view the official TPC Las Vegas website to reserve your Las Vegas tee times or Las Vegas golf packages.

“We have this wonderful collection of videos and wanted to unlock these archives and make them available directly to our fans,” said Rick Anderson, the PGA TOUR’s Executive Vice President of Global Media. “We’re excited to partner with Apple to launch this platform through the iTunes store and its vast audience. We are starting with selected players who have had at least 10 victories and are excited to roll out more recap shows over time, so fans can catch any action they may have missed as well as relive their favorite moments since 1990.”

Fans will also be able to enjoy recaps of every event they missed from the current 2013-14 season. A one-hour recap of each week’s tournament will be available on iTunes the day after tournament play ends.

Tournaments, along with player and tournament highlights, are available on iTunes now in HD at iTunes.com/PGATour, starting at $2.99. Pricing for full seasons will vary. Show times vary, but are approximately an hour in length.