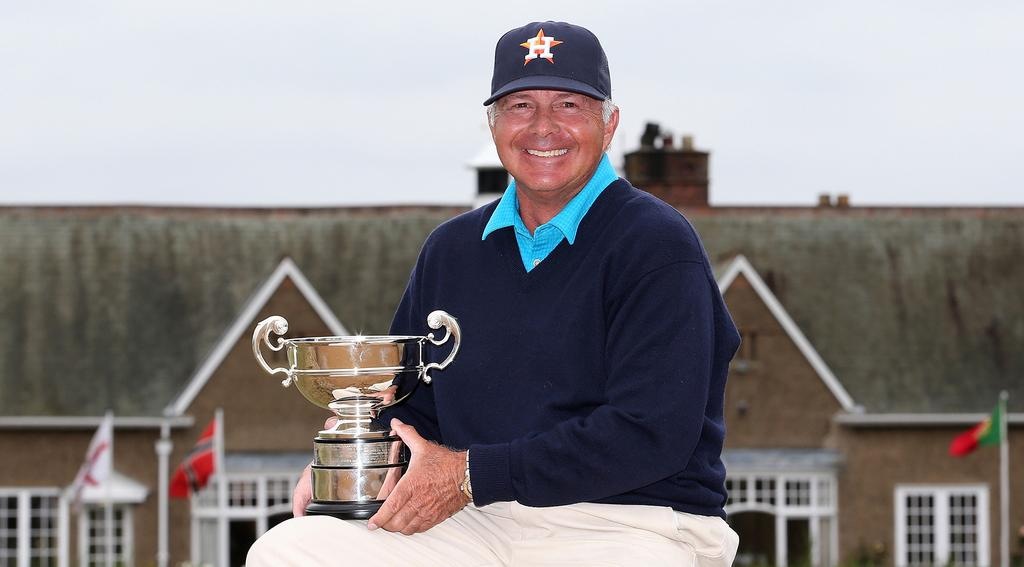 Las Vegas, Nevada (August 14, 2014)–Brady Exber is arguably the best lifetime amateur golfer in the history of Las Vegas, and he recently added to his legacy with a victory at the British Senior Amateur. Exber survived brutal conditions during the final round to win by four strokes at the famed Ganton Golf Club in Ganton, North Yorkshire, England. Exber now receives an exemption into the U.S. Senior Amateur later this year and the Senior British Open in 2015. "It was something when they announced, 'Brady Exber, the Champion Senior Amateur Golfer of the Year'," said Exber. "It was a whirlwind, but it was special because they so appreciate good golf over there. It's a part of the fabric of their culture." –By Brian Hurlburt.

Exber had played in the event several times, knocking on the door to win a few times, but could never close the deal. To win at Ganton Golf Club, the former home course of the legendary Harry Vardon, made it extra special. Exber said that he exchanged texts with fellow Las Vegas resident and PGA TOUR player Bob May following the win. "He told me that he lost the English Amateur there in 1991, and then he asked, 'Is it still as difficult as it was in 1991?' He was right. The course was very difficult with deep bunkers all over and many had ladders to get in and out of them. My strategy was to lay up off the tee and I didn't hit the ball in one fairway bunker during the entire tournament."

The final round conditions were brutal and Exber said he played superbly until the 13th hole when he took a look at the leaderboard and noticed that he had an 8-shot lead. His mindset of focusing on each shot wavered and he struggled down the stretch, but still won despite playing the final five holes in six-over par.

"The final round was right up there with the worst conditions I ever played in," said Exber, a member of the Las Vegas Golf Hall of Fame. "It was about a 50-yard wind, so I would hit a 5-iron 280 yards on one hole and then an absolute full 4-iron 150 yards against the wind on another hole."

Exber was inducted into the Las Vegas Golf Hall of Fame in 2006 and continues to add to his trophy collection. He has also served as the president of the Southern Nevada Golf Association and is very active in the Las Vegas golf community. Exber is also a part owner of the Houston Astros and is a former Las Vegas casino executive.