Las Vegas, Nevada (August 28, 2014)–Fresh off the success of the Mountain Ridge Little League deep run to the Little League World Series in Williamsport, PA, another team of Southern Nevada and Las Vegas All Stars is having success. The team from the local PGA Junior League Golf have won two events against teams from Boise, Idaho, and Phoenix, Ariz. With those victories the kids have advanced to the Western Regional Championships to be played in San Francisco on September 21-22. If they win, the group will go on to the PGA Junior League Golf National Championship in Georgia. It was the first year the fast-growing PGA Junior League Golf was available in the Las Vegas area. — By Brian Hurlburt. Follow @LVGolfinsider. Like on Facebook at Facebook.com/LasVegasGolfInsider

PGA Junior League Golf (PGA JLG) is designed to better socialize the game for boys and girls, ages 13 and under. PGA JLG features team vs. team competitions in structured leagues that provide a popular, less stressful scramble format as opposed to stroke-play competition. For more information about the PGA JLG visit the official website at pgajrleaguegolf.com.

There were five teams from five facilities in the first league ever in Las Vegas. The courses were Anthem Country Club, Canyon Gate Country Club, TPC Summerlin, TPC Las Vegas and Boulder Creek Golf Club. Each facility had between 12 to 15 kids on their team during the regular season. During the season the teams each played twice (home and away), in the standard PGA JLG format. At the end of the regular season an All-Star team was formed comprised of kids from each facility. Each facility was represented with at least one youngster.

"I believe this is an amazing accomplishment with this being our first year having PGA JLG in Las Vegas," said Nolan Halterman, Director of Golf at Anthem Country Club, and All-Star coach and commissioner of the league. "I believe this program is going to grow rapidly and we hope next year to have three or four leagues just in Las Vegas."

The new league format for golf is showing postivie early results locally and nationwide. In just three years it has grown to more than 15,000 kids nationally participating. Junior League Golf launched as a pilot program in 2011, with teams competing in four select markets: Atlanta, Tampa, Dallas, and San Diego. 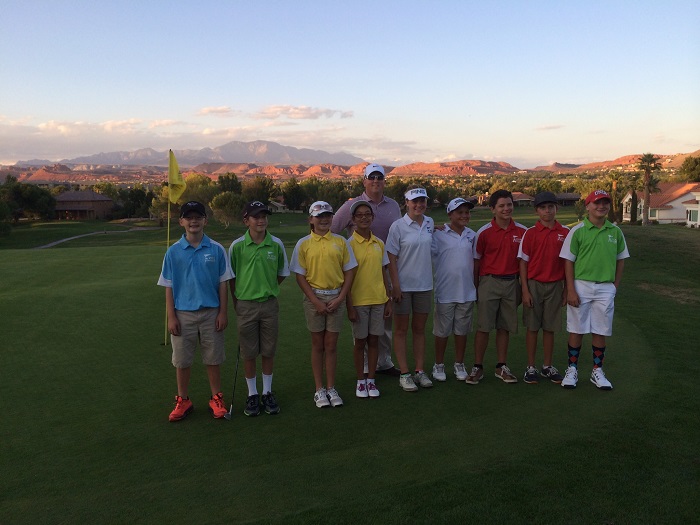