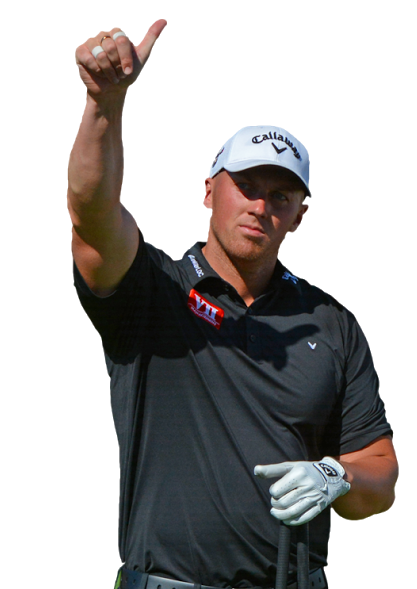 Las Vegas, Nevada (October 31, 2014)–The baddest showdown in golf is about to tee off in Las Vegas. The live finals of the RE/MAX World Long Drive Championship take place on Nov. 4 at 7 PM/PT live from the Las Vegas Paiute Golf Resort and televised by Golf Channel. The official match-play pairings have been announced and one of the quarterfinals matches features two-time champ Jamie Sadlowski going up against 2010 champ and 2013 runner-up Joe Miller. Speed and power will meet golf in the live, under-the-lights showdown at the home of the only three Pete Dye golf courses in Las Vegas. –By Brian Hurlburt.

A Championship Belt and $250,000 Winner-Take-All Prize are at stake for the Las Vegas 8 finalists competing in the Stadium Setting under the lights of Las Vegas. Golf Channel’s Ryan Burr, Lauren Thompson and Michael Breed will call the live action along with Las Vegas Golf Hall of Fame member Art Sellinger, the owner of Long Driver's of America, the event's organizer.

For the men who live to hit it long, the culmination of a dream can be realized when eight of the longest hitters in the world will showcase the raw power that each hopes will earn him the championship belt and the winner-take-all prize of $250,000 at the RE/MAX World Long Drive Championship, airing live on Golf Channel at 10 p.m. ET.

The head-to-head format will provide some dramatic pairings from the beginning of the show, including former World Champions Joe Miller and Jamie Sadlowski going up against each other in what could be one of the most exciting matches of the night. Players are allowed six shots in each match, played three at a time. The highest-seeded player gets to choose to hit first or second.

The two-hour, live finale will originate from a competition set at the Las Vegas Paiute Golf Resort, where the finalists will hit their drives – requiring both distance and accuracy – in excess of 400 yards from a custom-made platform on to a Championship grid surrounded by thousands of spirited fans.

“There’s a lot at stake and a ton of pressure, so watching which one of these players can fight through his nerves and emotions to capture a world championship will make for a very compelling competition,” said Keith Allo, vice president of Original Productions, Golf Channel. “Add the lights, Las Vegas, head-to-head competition and the live ‘perform or go home’ atmosphere, and this will be high-drama at its best.”

The RE/MAX World Long Drive Championship identifies the longest golfer on earth and offers sports fans a chance to witness players who generate mammoth swing speeds of 150 mph and ball speeds of 220 mph. In comparison, the highest average swing speed on the PGA TOUR last season was 124 mph generated by Bubba Watson. His fastest swing of the year was 127 mph.  Long drive athletes train and prepare all year for the chance to take a swing at becoming the World Long Drive Champion. Specialized training allows long drive athletes to generate maximum ball and swing speeds, and focus solely on maximizing distance during competition. The golf equipment used in Long Drive competition conforms to regulations for all golfers set forth by the United States Golf Association.

The longest eight golfers on Earth competing will be:

Miller won the world title in 2010 and was undefeated in 2014 on the Long Drivers European Tour, where he has captured 12 titles. He finished as the runner-up at the 2013 RE/MAX World Long Drive Championship to Tim Burke, who hit a world-record drive of 427 yards to win the title. Burke failed to qualify for a return trip to Las Vegas. Sadlowski, who famously broke two simulators during appearances on Golf Channel, is a two-time world champion and is making his eighth-straight appearance in the final – the longest active streak.